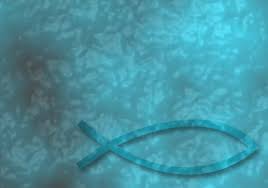 When my brother and I were young, my mother was frequently astonished at our capacity for what she called “bickering”. As a young mother, I discovered sibling rivalry from the other side. I see it in my grandchildren now too.
I tell them, “When you grow up, he (or she) will be your best friend.”
But I go back to my mother’s apparent surprise at our battles. I really don’t think she fought as much with her brother as I did with mine. Perhaps it was that she grew up during the Great Depression. Perhaps the turmoil of those days brought greater peace within her family.
Christians are always engaged in battle. So it has been since the Day of Pentecost. Today, we fight on many fronts. What looks most like a war is the conflict between East and West, what radical Islam perceives to be a battle against a decadent Christian nation, America.
To peaceful Muslims, moral decay in the U.S. is a reason to reject Christianity. To jihadists, it is an excuse for terror. For Christians in America, “decadent Christian” is a contradiction in terms. The moral decline in our nation is a cause for concern, prayer, and action (as long as we do not let worry and fear hinder us).
But that is not the only front in our warfare. On the other side of this battle is the conflict with secularism. It’s the side that’s pushing us toward more decadence.
One is literally a threat to our lives but seems far off; the other one is a threat to our freedom. The second one may also seem far off because we feel comfortable in our daily lives. Oppression has not yet touched us personally.
The difference between my mother’s youthful relationship with her brother and my youthful relationship with mine is that she had hardship while I had comfort.
In this setting, we find the third, and possibly most dangerous, battle line. It results from comfort. It finds us fighting with each other.
In a critique of evangelical Christianity, Charles Colson analyzed the situation:
“I think, if I had to diagnose the condition of the evangelical world, it is that we have a peacetime mentality. But we are at war; we’re at war with Satan; we’re at war with a world that is hostile and angry with us. We’re fighting for our very lives. And yet, we have a rearguard mentality. We have a peacetime mentality. We can’t afford the luxury of quibbling with each other instead of really pulling together” (219).
Colson critiqued evangelicalism because he was an evangelical. Being spiritually asleep and argumentative is an equal opportunity affliction. Our true battle is not against each other.  It is spiritual, against principalities and powers, the unseen forces of evil. These forces cause us to ignore what we should heed and to argue with each other.
We fight our battles with ideas. We must remember that our main weapon is love. Mature Christian love puts God first, Christian siblings next, and then the world–secular and Islamic ‘enemies’ included.
When we stop fighting each other, we can engage those who are truly fighting us with the truth of who Christ is–and that turns enemies into brothers..