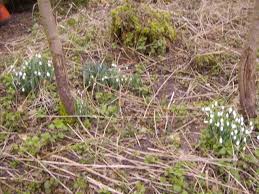 When quizzing my college students on rhetorical terms, I’ve sometimes resorted to providing a couple easy questions–a few answers they’ll easily recognize. This year, I included one I’ve used in the past with good success.
This quiz was matching. Students were to find an allusion–a reference to a biblical, literary, or historical person or event–in a listing of other examples of other devices. In his famous speech to the Virginia Assembly, Patrick Henry advised his listeners to “suffer not yourselves to be betrayed with a kiss.”
Henry used other biblical allusions, quoting the prophet Jeremiah, “Peace, peace when there is no peace,” accusing the colonists of not taking the British seriously, and Psalm 119–“I have one lamp by which my feet are guided.”
I didn’t expect the typical student to pick up on those allusions. But there has been one example of allusion that nearly all of them could answer; They knew that Judas had betrayed Jesus with a kiss.
Not so today.
One Christian writer quantifies the issue: “According to the 2014 “The State of the Bible” report by Barna Group and American Bible Society, a majority of U.S. adults (81 percent) said they consider themselves highly, moderately or somewhat knowledgeable about the Bible. Yet less than half (43 percent) were able to name the first five books of the Bible. The statistics are similar to the previous 2013 report which also showed that only half knew that John the Baptist was not one of the 12 apostles.”
Another writer blames our “distractions,” “misplaced priorities,” and “unwarranted overconfidence” for our own biblical ignorance. We are a distracted people. We are busy. And we think we know more than we do.
But the roots of our illiteracy trace back to a forgotten point in American history. Thoughts of Christians killing other Christians bring to mind images of the burning of heretics or the backlash after the Reformation. But some of that history is more modern and directly relates to conflicts over religious education in America’s public schools.
“Protestant animosity toward Catholics had been steadily growing as a result of the influx of these primarily poor Irish Catholic and somewhat better off German Catholic immigrants. What began as verbal attacks against the Catholic Church by some prominent Protestant leaders in the 1830s — the Catholic Church is “the Whore of Babylon” and the Pope is the Anti-Christ — escalated into bloodshed in the 40s and incidents such as the Philadelphia Bible Riots of 1844.”
Here was the beginning of a war over what schools would teach and what government would fund. Christians were fighting other Christians for a golden ball–the education of the next generation. But both teams dropped the ball. And a rogue team of secularists picked it up and ran with it. Now any positive mention of God in school is barely a hushed whisper.
It’s easy for us to see how Christian leaders could have averted the conflict then. They could have found Bible stories, passages, and elements of Church history, the lives of martyrs, elements of our faith on which we agree, for example, to provide as thoughtful fodder for the young minds of the past.
But the goal wasn’t to further the Kingdom of Heaven. It was to grab the ball. To hold it as one’s own.
Some might argue that biblical illiteracy isn’t really a problem today. Students who become employees don’t need such knowledge to function. This assumption sprouts from the idea that the purpose of education only relates to future employment and is disconnected from one’s character, one’s citizenship.
This illiteracy contributes to a host of other problems that range from the inability to understand literature to our soaring crime rates, problems resulting from the secularization of our schools.
People did benefit from the Catholic education they received in parochial schools and the ‘Protestant’ education they got in public schools.  They learned the 10 Commandments, the Lord’s Prayer, the Sermon on the Mount. They learned about the fall, the flood, and the exodus.  They learned that Jesus is Savior, King, and Lord. They learned about things like temptation, sin, obedience, and redemption.
They developed an understanding of the differences between right and wrong, justice and oppression, truth and falsehood. They made our society better.
But they also learned to consider those who worship Christ differently as an enemy. Much of what they learned was distortion.
America, the shining city on a hill-whose light is dimmer today, but whose light may shine even more brightly again. If we will but love God and each other as He prayed we would.