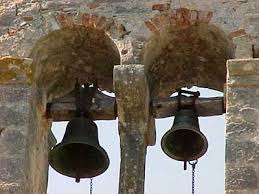 “I Heard the Bells on Christmas Day“–Henry Wordsworth Longfellow

Every day it seems there is something new to fear. Terrorist attacks in Paris showed us that the West was vulnerable. Then the attacks in San Bernardino, California, brought the threat home.

Americans also fear crime. And while crime rates have decreased significantly since the 1990s, a majority of Americans perceive that crime has increased.

Gun sales are breaking records. Even before Paris, Americans overwhelmingly had lost faith in our government to protect us.

But that’s not all. A sluggish economy and crumbling families have grown despair. That despair has caused a jump in death-rates in certain groups of Americans. While the US enjoys medical advances, suicide, drug overdoses, and illness related to substance abuse reflect a loss of hope.

There seems to be no end in sight to our fears about crime, the economy, or dying at the hands of terrorists.

Experts estimate that by 2050 there will be just as many Muslims as there are Christians in the world. It seems like an irrevocable fact. Almost as if nothing can change it–almost as if it has already happened.

There is, however, a change we have not seen before. There is a backlash within Islam itself. The terror attacks of the last decade and a half have produced an unexpected result–the conversion of Muslims to Christianity.

“Missionaries to the Islamic world say more Muslims have converted to Christianity in the last 14 years (since 9/11) than during the entire 14 centuries of Islamic history.” More in 14 years than in 14 centuries!

Now is not the time for us to buy white robes and sit on the mountain top waiting for Christ’s return. We are to continue, to abide, to keep working for the kingdom. While we have been letting our misperceptions on crime and our perceptions about terrorism terrorize us, our God has been working to draw others to Himself.

We may have darker days ahead of us. Terrorism and crime may come to our own cities, our own homes. But we must remember who God is. We must remember that He is sovereign.

At Christmas, we celebrate Emmanuel, God with us. When Christ ascended, He sent the Holy Spirit, our Comforter who abides with us while we wait for Christ’s return. God waits with us for God.

In the meantime, He keeps working. So should we.

0 Replies to “BLOGPOST: Reason for Hope: The Islamic Backlash”