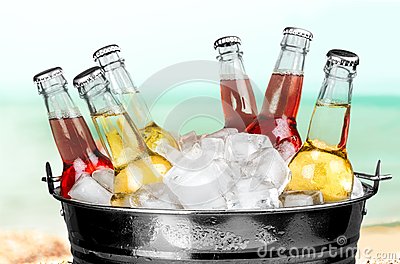 In preparation for my planned blog post today–commentary on the Doritos Super Bowl ad that I will now post later this week–I tweeted, “Buy Doritos. Buy lots and lots of Doritos.”
The response was swift from a fellow Tweeter: “No. Not as long as they consider children to be flavor enhancers.”
We went back and forth a few times exchanging links that allege or deny that PepsiCo produces Soylent Green, food made of humans. I decided that I needed to do more research.
In the end, it seems that, as far as we can know, children are not yet flavor enhancers. But (at least) one child’s body provided the means to do research on flavor. That child’s cells formed a cloning line used for research on how to make food taste better.
It all sounds too horrible to be factual. Like the stuff of science fiction. But it is indeed fact. Now to untangle the web of rumor and fact and face the facts.
The accusation came about a few years ago that Frito-Lay, a subsidiary of PepsiCo, was using cells from unborn children as a flavor enhancer. Snopes goes into great detail to explain that cells from unborn children are not in food PepsiCo produces. But a company associated with PepsiCo (Synomyx) does use (or has used) cells cloned from kidney cells of an aborted child (HEK cells) in its research on flavor enhancers.
Another fact checking site, Hoax or Fact, calls the original allegation a “mixture of hoax and facts” since the cells were never actually in food. The site says the use of human cells in foods is “illegal in almost all countries.” That there are laws in place doesn’t always mean much. But no one denies that an unborn human’s cells were part of flavor research.
In that research, Hoax or Fact reports, Synomyx did use HEK cells when cells from monkeys would have worked just as well. (Planned Parenthood would have lost a sale and PETA would have protested.)
PepsiCo and Synomyx did have a research partnership, one the Synomyx website states is ongoing. PepsiCo’s website presents the following statement on research it funds: “PepsiCo’s research processes and those of our partners are confidential for competitive reasons. However, PepsiCo does not conduct or fund research – including research funded by PepsiCo but performed by third parties – that utilizes any human tissue or cell lines derived from embryos or fetuses.”
Let’s hope so. But it shouldn’t surprise us that some researchers somewhere saw a child as a collection of cells of no innate value, even as one of the world’s most notable corporations felt compelled to deny its involvement in atrocity and horror.
Let’s also mark the day when we asked the question: Are we eating each other? The Brave New World was a society that manufactured people for specific purposes–never for the benefit of the people themselves.
Unique, once in eternity children never to be replicated. Humanity a commodity, a product. A human child’s cells used to make food taste better. Would it choke us to know?