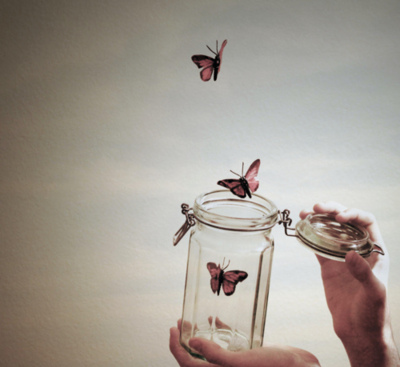 I had the great privilege once to meet Harry Wu, a Chinese dissident who spent 19 years in a laogai, a “re-education camp.” Wu was eventually exiled to America. He worked nights in a doughnut shop until he could learn English and become the voice for freedom that he is today.
Something he said then still resonates with me. “A barefoot peasant can be happy if he is free.” Happiness and freedom go hand in hand. In “The Grand Inquisitor,” Fyodor Dostoevsky presents what at first seems like a different view.
Alyosha, a priest, is generous and loving. His brother Ivan is an atheist who plans to live until he is thirty and then commit suicide. The two discuss a parable Ivan has written. The conversation, a chapter in The Brothers Karamozov, is more of a political statement than a religious one. But politics reflects religion.
In Ivan’s parable, a 16th century Cardinal/inquisitor talks to a silent Christ who has returned to earth for the day. Christ sits silently while the inquisitor tells how he and others in power have replaced God and improved upon His plan. They have convinced the populace to willingly relinquish their freedom.
Christ had brought freedom with the promise of heavenly bread. He had brought no guarantees of earthly bread or even happiness. The inquisitor offers people earthly bread at the cost of freedom. Not having to pursue their own bread, the people will be happy, the inquisitor claims.
“Dost Thou know that the ages will pass, and humanity will proclaim by the lips of their sages that there is no crime, and therefore no sin; there is only hunger? ‘Feed men, and then ask of them virtue!’ that’s what they’ll write on the banner, which they will raise against Thee, and with which they will destroy Thy temple.”
Published in 1880, Dostoevsky was prophetic. Much of the world has turned to the bread of socialism. They don’t, however, seem any happier for having done so.
In the 1960s, President Lyndon Johnson promised America freedom and happiness. He admitted he did not have the “full answer” to America’s woes. But he determined to find “the best thought and the broadest knowledge from all over the world to find those answers for America.”
His speech marks a turning in America, certainly not the first, from the wisdom of God to the wisdom of man.
“The purpose of protecting the life of our nation and preserving the liberty of our citizens is to pursue the happiness of our people. Our success in that pursuit is the test of our success as a nation.” The government’s new goal is to effect personal happiness in its citizens. Without it, the nation is a failure.
Johnson’s Great Society would result in “abundance and liberty for all” and require “an end to poverty and racial injustice.”
After having spent $22 trillion, rates of poverty dropped from 17 percent to about 12 percent and are hovering at 15 percent. Changes to Social Security and Medicare account for much of the reduction. The FBI’s Uniform Crime Report shows a murder rate in 1960 of 4.6. The rate soared to 10.2 in 1980 and was at 4.5 in 2013. The War on Poverty is, at best, a draw–an expensive one.
It’s been more than half a century since LBJ promised that programs could produce a heyday of peace and prosperity, a heaven on earth utopia. But it is not to be.
It cannot be.
The pursuit of happiness is not something that anyone–including the government–can chase on someone else’s behalf. Certainly no one can pursue happiness without freedom.
In response to the inquisitor, Dostoevsky’s Christ remains silent. His only response, kissing the inquisitor before He departs.
Ivan thinks he has figured out how to fix the world. But Ivan still isn’t happy. Before they part, Alyosha kisses him.
Alyosha knows happiness does not come in the form of bread. It comes in the form of love. And that kind of love comes only through Christ.