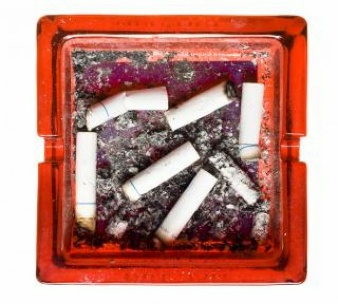 “If you have faith the size of a mustard seed, you will say to this mountain, ‘Move from here to there,’ and it will move; and nothing will be impossible to you,” Matthew 17:20b.
It was a chance meeting at the grocery store. A friend I know from pro-life activities.
We first met on the bus for the March for Life in 1979. I don’t remember the date of our grocery encounter. But what she said that day would change how I would see my own efforts for life ever since.
“Abortion will become like smoking. When we were kids, everyone smoked. Even if you didn’t, you had ashtrays for anyone who did. It’s not like that any more.”
Smoking rates are down from more than 42 percent in 1965 to 12 percent in 2014. What changed? The hearts and minds of Americans.
Our experience regarding tobacco taught us it is bad. We can avoid it. We can live without it.
The “choice” perspective regarding abortion is divided between three audiences. One group regrets the experience. Another group reluctantly embraces it. A third group celebrates it.
The pro-life side has been lobbying and rallying for four decades. Over that same time, crisis pregnancy work has exploded. There are more pregnancy resource centers than there are abortion facilities now (2,500 to 1,800). Abortion numbers have been steadily declining, down 12 percent since 2010.
Women who regret abortion often cross the aisle and become voices for life. Many of these women say they did not have a “choice”–the banner word for abortion advocates.
“A 2010 Guttmacher [a pro-choice entity] study found that more men than is commonly acknowledged exert “reproductive control” over their girlfriends and wives. Among women with abusive partners, more than 70% reported that their partners used verbal threats, physical aggression or birth control sabotage to force her to become pregnant, to abort or, in a surprising number of cases, both.”
That’s one side of a triangle–a woman who regrets her abortion. If she had wanted abortion, there would be no need for a man to force her into it. “More men than is commonly acknowledged.” She has no freedom of choice.
Then there is another triangle side. A blog reader commenting on Reddit reminded me that 40 years have passed since Roe. The matter is “settled” law. Abortion should be “legal, safe, and rare,” a cliche that dates back to the 1970s.
Those pesky pro-lifers just can’t give it up in the face of a mountain of opposition. But the mountain is shrinking. And there is an admission in that cliche that abortion should be rare.
It is an example of unsettled thinking that would prefer to think itself settled.
But if abortion is no big deal, merely the settled law of the land, why should it be rare? Why not serve tea and cookies and have balloons? “Why indeed?” some say.
There are three sides to every triangle. And there is a side ready to celebrate. Perhaps not with balloons. But with a resolve that refuses to say abortion should be rare.
“Suggesting that abortion be ‘safe, legal, and rare,’ and crowing that ‘no one likes abortion,’ accomplishes nothing for women’s rights. Rather than trying to cozy up to the forced-birth camp, women who value their freedom should be proud to say that they like abortion, the one final, definitive instrument that secures our bodily autonomy.”
Autonomy is the keyword here. It is the freedom to do what she wants with her own body. And that does not just mean the power to decide for herself about abortion. To be in complete control of her own person means she has the right to engage in any sexual activity with anyone at any time and then manage the result any way she decides.
She is not autonomous under any other circumstances. In absolute control. With absolute power. Including the power to obliterate a tiny being whose DNA is not her own. A completely other person dare never get in the way of her autonomy.
Autonomy is the power to be her own god. Singular gods are lonely beings.
The three sides of the triangle represent three kinds of abortion victims. Two are reluctant; one is eager. A fourth victim dwells within the angles and hangs in the balance.
For the sake of them all, we seek to let the law remain unsettled. We seek to move the mountain. We seek to watch it become a tiny pile of ashes.