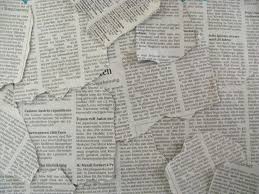 Here are some updates on recent blog topics.
CBN.com “Sale of Baby Body Parts Hearing–Our Humanity Should Be Repulsed.”
A House committee is investigating whether abortion clinics are illegally selling body parts of unborn children for profit.
“For crying out loud, this is the Amazon.com of baby body parts,” Rep. Joe Pitts, R-PA, commented. Rep. Jackie Speier, D-CA, charged that the hearings were designed to “restrict women’s healthcare.”
Killing babies isn’t healthcare. Making this allegation is a red herring–designed to get us to look away from the topic at hand–the babies.
In the meantime, David Daleiden is still under indictment by California’s Attorney General for producing the undercover videos that revealed Planned Parenthood’s cottage industry of selling baby parts.
The AG’s office raided Daleiden’s home on April 6 and confiscated Daleiden’s films. But they appear to have no plans to prosecute PP for illegally selling the brains, hearts, livers, and lungs of unborn children for profit.
_____
The Washington Post: “Utah leaders call pornography a plague damaging young minds.”
It’s official! Utah says pornography corrupts young minds. The declaration, introduced in January and signed by the governor this week, does not restrict access to pornography. Gov. Gary Herbert says he “wants [Utah] to take the lead in fostering more research and discussions about the danger of pornography.”
The declaration’s detractors claim there is a correlation between access to pornographic films and a “decline in sex crimes.”
The numbers support that assertion at a cursory glance. The rate of rapes reported to law enforcement was, in fact, down in 2009 (29.1 per 100,000) from the 1992 numbers (42.8 per 100,000). But the 2009 numbers are higher than the 1973 rate of 23.5 per 100,000–when pornography was less accessible and less violent.
Further, sexual assault crime statistics are not exactly a reliable gauge because so many victims do not report the crime. Cosmopolitan magazine, no conservative bastion there, cites a Department of Justice report that says 95.2 percent of rapes on college campuses go unreported.
And there is more to porn than sexual assault. There is the development of young minds (which Utah seems to be focusing on) and the resultant adult relationships that porn can stunt. Like marriage.
You go, Utah.
_____
Inside Higher Ed: “Gay Rights Groups Urge NCAA to End Ties to Colleges Requesting Title IX Waiver.”
The bathroom wars continue, but of course, they go way beyond the bathroom. LGBT (Lesbian, Gay, Bisexual, Transgender) organizations have asked the NCAA to refuse waivers to 50 religious schools allowing them to refuse to admit or to expel students who are transgender.
The NCAA effectively passed the buck, saying that they don’t decide who gets a religious waiver. The Department of Education does. The saga is sure to continue.
One thing is certain. The purveyors of tolerance remain intolerant indeed.
Author Rod Dreher offers this analysis: “[T]he activists . . . are not satisfied to live and let live. LGBT students have every right to know what the policies of various colleges are regarding their status, before they apply. And if they disagree with it, well, don’t go to school there. There are roughly 4,000 colleges and universities in the United States. The number that have asked for Title IX exemptions amount to .75 percent of the total. And yet, that is too much for these activists to tolerate.”
_____
CBN.com: “How Virginia’s Transgender Ruling Could Impact the NC Bathroom Law.”
At the same time, a federal appellate court in Virginia has ruled that schools must accommodate transgender students regarding their choice of bathroom facilities. The federal Department of Education has also weighed in on the side of accommodation.
Matt Sharp, of the Alliance Defending Freedom, says, “Schools are left in a very difficult situation of saying, ‘How can we know if this is a student just wanting to gain access to the opposite sex bathrooms or a student who genuinely believes they are the gender of the opposite biological sex?'”
The slippery slope can be a logical fallacy. It’s when you make a series of, usually, dire predictions based on the possibility of a single event. Sometimes in life, the other dominoes do fall when you push over the first one.
As Dreher points out, legalizing gay marriage did not close the door on the discussion of sexual preference equality. It opened the door to a litany of other fine points of supposed inequality.
None of which appears to bode well for Christian organizations hoping to maintain the status quo and hang onto their principles.