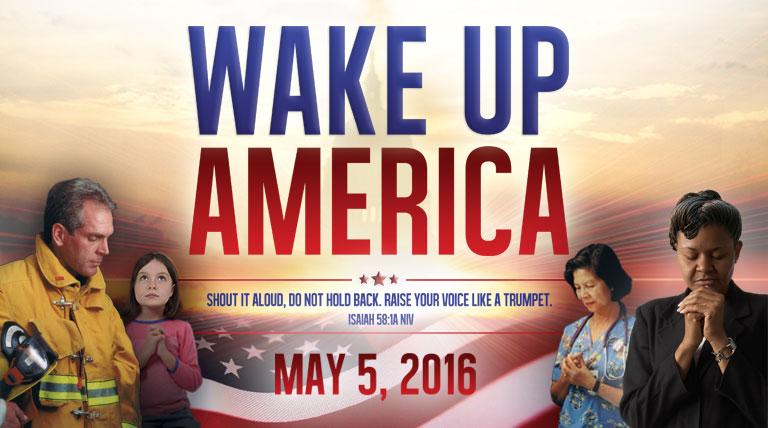 “Wake up, and strengthen the things that remain, which were about to die; for I have not found your deeds completed in the sight of My God,” Revelation 3:2.
Today is the 65th National Day of Prayer in the US.  There is an interesting history to the day. And the observance has spread beyond our borders. Others far from our shores are praying for America.
The roots of the observance go back to post World War II America. In 1952, Conrad Hilton (of Hilton Hotels) and Senator Frank Carlson of Kansas initiated a bill to direct the president to name a day of prayer yearly.
Stephen White explains that “Hilton came to view prayer as no less a necessity and no less a sanctuary than work. ‘Some men jump out windows, some quit,’ his mother told him during the Great Depression. ‘Some go to church. Pray Connie. It’s the best investment you’ll ever make.’ Even at the darkest, most difficult moments of his life, Hilton always found strength and consolation in his faith.”
Along with his efforts to establish a day dedicated to prayer, Carlson also initiated the yearly Annual National Prayer Breakfast. At the event in 1986, President Ronald Reagan told this story.
“One night in 1952 during the Presidential campaign, Dwight Eisenhower confided something to one of his advisers, a close friend, Senator Frank Carlson. And Eisenhower told him that during the war when he was commanding the allied forces in Europe, he’d had a startling and vivid spiritual experience — he had actually felt the hand of God guiding him, felt the presence of God.
“And the general told the Senator that this experience and the support of his friends had given him real spiritual strength in the hard days before D-day. Senator Carlson said he understood. He, himself, was getting spiritual help from the members of a little prayer group in the Senate. And a few months later, the general, who was now the President, asked Frank Carlson over to the White House.
“And he told him, ‘Frank, this is the loneliest house I’ve ever been in.’ Carlson said, ‘Mr. President, I think this may be the right time for you to come and meet with our prayer group.’ And Eisenhower did just that. In 1953 he attended the first combined prayer breakfast.”
In 1952, America was the nation that had prevailed in World War II. But it was also embroiled in the Cold War–a war that was hot in Korea. Many in America have forgotten the importance prayer has played throughout our history.
But many do remember, including some who are not even in America. Christians in Australia have asked their nation’s believers to pray and fast for America during this last week leading to today. Believers from Down Under praying for us!
Twenty-sixteen marks the fourth year that Warwick Marsh of Australian Heart Ministries has requested worldwide prayer for America.
“’Right now, the USA is in a spiritual battle for its very survival as a nation under God,’ he said. ‘Secular forces have taken prayer out of school and progressively waged war against family, faith and religious freedom. It is time for Australia and the people of the world to join with our brothers and sisters in Christ in the USA in this battle for their nation.'”
How beautiful that anyone, anywhere, at any time can come before the throne of God Almighty and intercede. For us.
What happens in America matters. To the whole world.
Today is America’s National Day of Prayer. And American Christians covet the prayers of believers everywhere.
“Shout it aloud, do not hold back. Raise your voice like a trumpet,” Isaiah 58:1a.