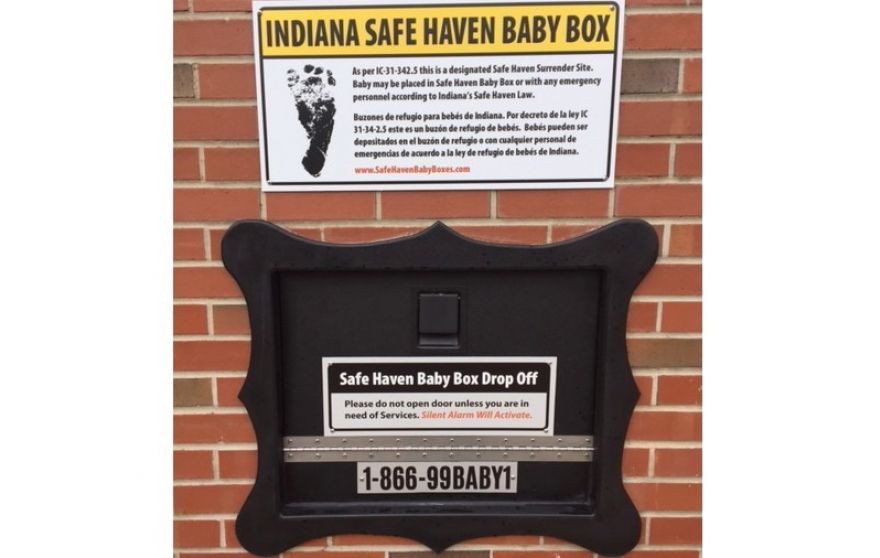 Monica Kelsey is a mother, a firefighter, and a medic. She saves lives. But her lifesaving efforts go beyond typical emergency response.
Soon after Kelsey was born in 1973, her teenage mother handed her to a nurse at a hospital and walked away. Today, that once abandoned baby spearheads an effort to save abandoned babies.

Since 1999, America has had safe haven laws. These laws in all 50 states provide for empty bassinets in hospital lobbies or other locations where parents can place children in a safe location, no questions asked. Safe havens have saved more than 2,800 babies in America alone.
Yet during the same period, 1,400 infants ended up in dumpsters or other horrible places. And two-thirds of them died–more than 930 children. Alone. Without food or care. In the cold or rain or hot sun.
Those children compel people like Kelsey to provide more places to save more children. Kelsey believes God saved her life because He has a plan–this plan–to save more children. It’s a plan He’s used His Church to carry out for many years.
In 1198, Italian churches became official rescuers of abandoned children. Pope Innocent III set the system in place in response to the large “number of abandoned newborns found floating in the Tiber River.”
It was the culmination of centuries of change.
Eleven hundred years earlier, the Roman Empire–of which Italy was the hub–was not a safe place for newborns. Death from exposure was common. No one so much as blinked at it. In fact, for the less than perfect child, Roman law demanded death by exposure.  A child who was ‘rescued’ would find only exploitation at the hands of a pimp or slave trader.
That’s how much of the world was until Christ came and His followers began to rescue abandoned children.
Rome turned from the official mandate of death when Emperor Constantine converted to Christianity. Instead of death for the rejected, Constantine implemented legal protections.
Eventually, churches became sanctuaries–places of safety for the accused and the innocent, including the innocent young. So began the practice of leaving babies on the doorstep of a church. No longer left to die, parents left children so they could live.
Child abandonment has never completely ended. Nor has exploitation (see Dickens). But Rome’s shift marks the turn from disregard for life to the realization of its sanctity.
In Europe, child abandonment is increasing–coinciding with a decline in Christianity and a corresponding decline in regard for life.
But the response to this decline has not been to re-assume the early Roman perspective. Remnants of Christian thought remain.
In the old Roman Empire,  not just Italy and the Vatican, but also Germany, Switzerland, Poland, Czechoslovakia, Latvia, Belgium, and the Netherlands have reinstated baby drop boxes. On other continents, not just America, but also Canada, Japan, and Korea have followed suit.
When Pastor Jong-rak Lee installed a drop box in Seoul, South Korea, he didn’t actually think anyone would take him up on the offer to care for abandoned babies. He was wrong.
By February of 2015, 652 infants had been deposited in Pastor Lee’s baby box–about 25 every month. Some of those who carry their babies to term only to abandon them have clung to a last piece of hope–the hope that someone else cares enough.
Some would suggest abortion as a better alternative than abandonment. Those who favor abortion call it choice.
Kelsey says, ” “We have given women another choice. I’m pretty proud of that.”
The choice she offers brings life.
Christianity is the choice we offer to the world. It values every human being as the reflection of God Himself.
And He is the ultimate safe haven.