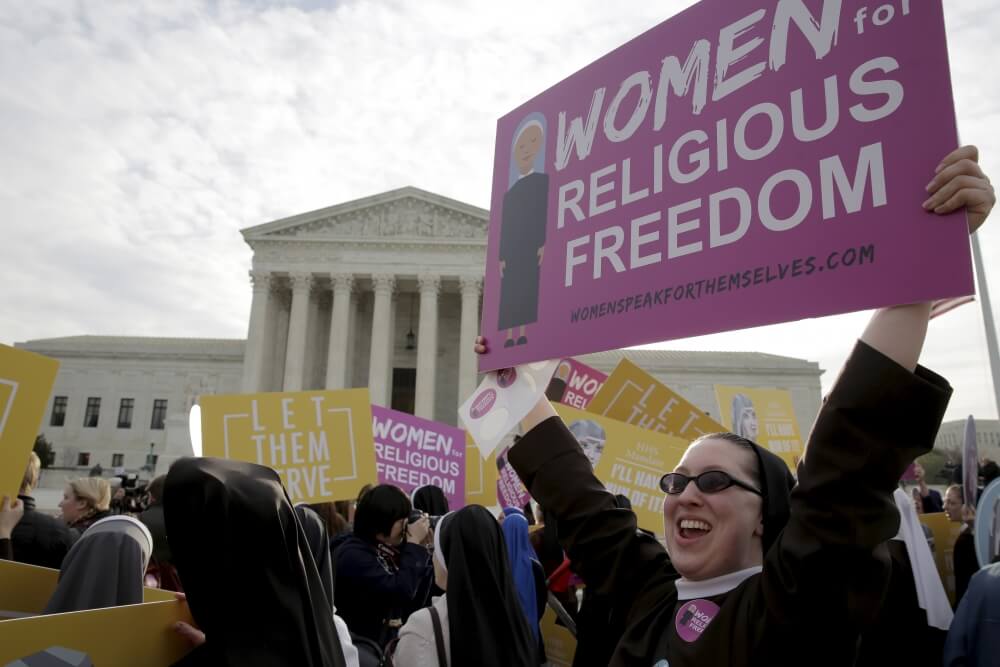 The U.S. Supreme Court dropped a pebble into the water the other day. The ripples will go on. And they are moving in a good direction.
The Little Sisters of the Poor,the order of nuns where Mother Teresa began her ministry, has been in the news regularly since their refusal to follow Obamacare regulations. The regulations would have forced them to violate their deeply held convictions.
The media and many others, myself included, were expecting a tie vote that would force the nuns to get in line, pay big fines, or just shut down.
But that isn’t what happened.
And the U.S. Supreme Court was not the least bit divided in its decision. They were unanimous. They didn’t just kick the can back to the lower courts. They vacated a lower court ruling that said the sisters must abide by the Obamacare regulations about contraceptives.
In so doing, the justices sent a message to lower courts and the Obama administration, asking that they “arrive at an approach going forward that accommodates petitioners’ religious exercise.”
Little Sisters of the Poor’s U.S. director of communications Sister Constance Veit credited God with protecting the order.
“All along, we have made the intentional choice to put our trust in God.”
The sisters knew what George MacDonald understood: “Endurance must conquer, where force could not reach.”
I didn’t have a good feeling about this case. I was afraid. Afraid that the highest court of land might shut down a whole branch of freedom.
Oh me of little faith!
From David French in National Review: “There’s no doubt that it would have been preferable to win the case on the merits, but this is not the outcome the Obama administration hoped for, and it’s better than the 4-4 tie that most people predicted. A tie would have let stand rulings against the Little Sisters and most of the other religious organizations challenging the mandate. This outcome, by contrast, provides a judicial roadmap for a national victory for religious liberty.”
When the sisters won, so did a number of other groups–including Geneva College, Southern Nazarene University, and the Roman Catholic Archbishop of Washington. The court vacated adverse decisions regarding these entities and many others.
There is still much to fear about the potential loss of our freedoms today. But we can mirror the Little Sisters and make the intentional choice to trust in God.
There are more battles ahead–more challenges to Christian conviction. We will win some and lose some. Our endurance will conquer either way if our trust is in God.
And He is always faithful.