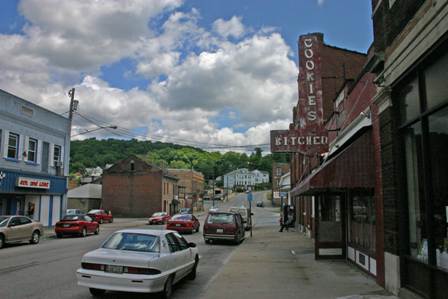 “It is not until much later, as the skin sags and the heart weakens, that children understand; their stories, and all their accomplishments, sit atop the stories of their mothers and fathers, stones upon stones, beneath the waters of their lives.” Mitch Albom
One hundred years ago, there was a pottery worker from a small town in Ohio.  His young wife was busy tending her five children and expecting her sixth.  This next child was a son. The son’s life would lay a pavement of stone stories that would show others their way in life.
The young boy would rise early in the morning, long before school.  He’d buy 25 one-cent newspapers. Then he would sell the papers on a street corner for two cents. He gave his mother the 25 cents he earned and kept the other quarter for the next day’s work.
The year the Great Depression began, he was thirteen years old. By then, he had five younger siblings. But the children were orphans. Some were already grown and others went to live with grandparents.  Two single ladies who lived next door took the boy in so he could help them with men’s work.
The only sibling to finish high school, he absorbed learning. He carried Achilles and Ajax with him–Greek heroes of the Trojan War.
He began college, but the Japanese attacked Pearl Harbor. So he joined the navy and became a corpsman. A medic just behind the battle lines in the South Pacific, he was Odysseus–the Greek hero who yearned for home.
One of his jobs was to load wounded men on planes. One day, he stood watching and wishing he could be one of those men. On that plane. Going home. Then he watched as the plane taxied, took off, veered wrong, and fell into the sea.
He decided to never again wish to be someone else.
After the war, he lived a middle-class life. He sold drugs–legally–selling medicine to hospitals and pharmacies. His life was to make the lives of others better.
He made a comfortable life for his wife and children. Americana in the 1960s. He passed on the tales of Achilles, Ajax, and Odysseus–stories of heroes and kings.
With teenage children and an ailing wife, he persevered during the inflationary days of the 1970s. He stood by his wife when it was hard. He carried both sides of a marriage as she declined, then died.
The fortitude of the early-rising child prevailed in the grown-up man.
He married again and was faithful again. He poured wisdom, humor, and heroism into those around him.
He died in 2007 leaving little behind. As heroes go, his realm was small. His deeds unnoticed before the public. He left a few dollars, some mementos, a stack of books.
But he also left stories.
We marked his memory last weekend. A gathering to mark 100 years.  We ate grilled hamburgers and lemon meringue pie. Cousins came who had not seen each other since his passing.
Only one of the next generation remembers him as the confused man he was when he left. Those even younger don’t remember him at all.
And so we tell his story.
This hero laid a path for us. It marks a life that still shapes other lives.