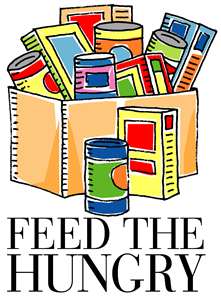 “What do you need?” my husband asked the director of a local food pantry during the holidays last year. The two had just met ‘by chance’.

Then he outlined a story about a great need the pantry staff had faced the week before. For years, a local company donated $2,000 worth of turkeys every Christmas. But the company was now gone, replaced by a larger corporate entity.

Someone had made a donation that would have put a small dent in this need. But Christmas was coming fast.

My husband Paul and I were at the post office waiting to mail packages that were not quite ready to go. A stranger waiting with us helped me wrap. Paul held our places in line. She folded. I taped. The process was fun and not frustrating as it might have been.

Imago Dei–God’s image reflected in small acts of kindness. Wonderful little miracles to give hope to those in need, to a weary traveler, to a busy shopper.

Perhaps those who received their Christmas meals from the pantry last year did not realize the miracle of the turkeys. But we know that these meals, like manna, came from above.

We are on the cusp of the giving season that celebrates God giving Himself.

We can give the miracle of us and be imago Dei to others.

0 Replies to “Giving Ourselves in the Giving Season”