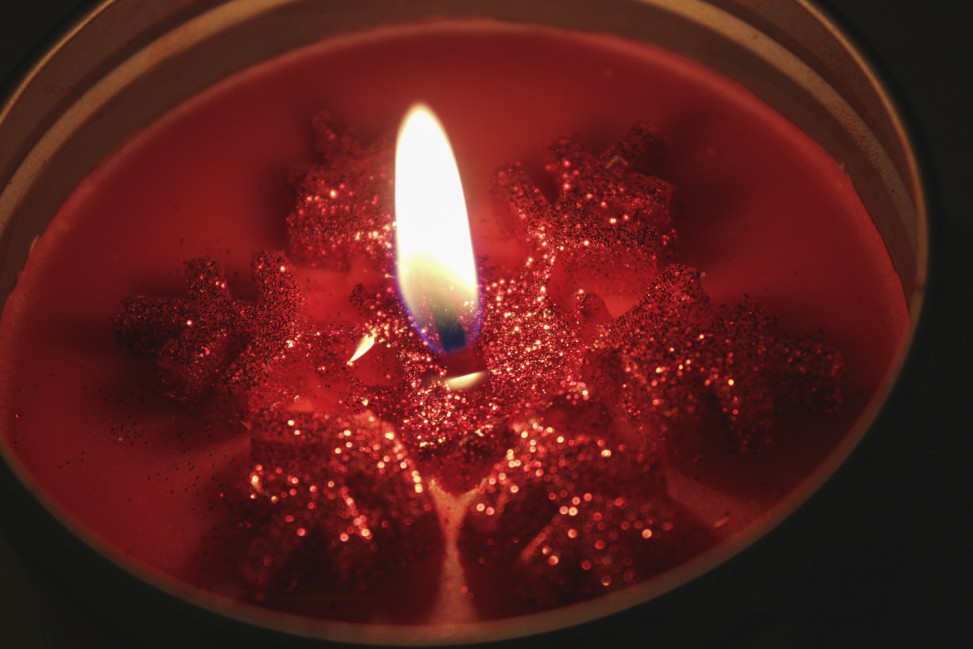 “When we do this, I know Christmas has begun,” my granddaughter says after packing boxes for soldiers.
She and her cousin are my helpers in this yearly task. Gifts and donations loaded into cardboard. Home-baked sweets for troops, many serving we know not where.  A box to light, and lighten, Christmas in dark places.
The night before, the cousin and I set up my nativity–porcelain figurines with a light glowing behind a suspended angel.
At church, a child lights the first purple candle of Advent. I light one at home.
The first candleflicker of Christmas. Little lights for darkening days.
Through Advent, every day gets darker until we arrive at the cusp of Christmas. Winter Solstice is December 21st–the longest night of the year. By Christmas Day, light is increasing each day.
But Christ’s birth is most likely to have happened in autumn. Shepherds are not in the fields in December. Even tyrants don’t mandate a census in December. So Christmas is a tradition–not an actual birthday.
Christmas comes during the time of year pagans marked the winter solstice, the darkest day–but the end of encroaching darkness. A feast to celebrate light that overcomes darkness.
Christmas comes near Hanukkah–the Jewish festival of lights. To commemorate victory over an effort to eradicate Jewish civilization. To memorialize one day’s worth of sanctified oil fueling a light that hung on for eight days. Eight days to celebrate light that overcomes darkness.
Christmas proclaims the coming of a King who is the light that overcomes darkness.
“Jesus spoke to them again, saying, ‘I am the light of the world. Whoever follows me will not walk in darkness, but will have the light of life,’” John 8:12.
There is a Christmas light to light the world–Christ Himself.
“And the Word became flesh and made his dwelling among us, and we saw his glory, the glory as of the Father’s only Son, full of grace and truth,” John 1:14.
Christmas has begun. Let His light shine.