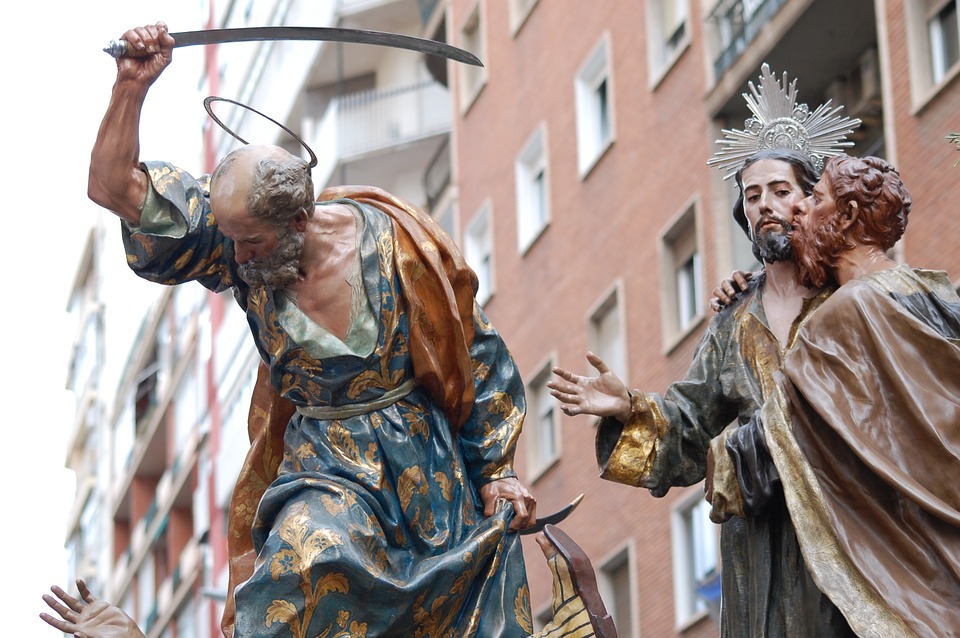 “First, there’s no moral equivalence between the agony experienced by victims of sexual abuse, especially children, and the hardships of a falsely accused priest. The point is not to compare the two things, but rather, that you can’t remedy one injustice by creating another.” John L. Allen
First, there was Tawana Brawley. More recently, as Thomas Guerino points out, there was the Duke University Lacrosse team. A gang rape at the University of Virginia. And Alan Dershowitz–a Harvard law professor accused of having sex with an underaged girl.
All those stories fell apart. They weren’t true. It’s a big problem today–false accusation. We are wide awake, we hope, to allegations of abuse of all kinds.
But sometimes people tell lies because of malice or greed.
Catholic priests are particularly at risk of being falsely accused because of the vastness of the child abuse scandal. There is a perception that any priest is game. The Church has big pockets. And the burden of proof is light.

One of the most significant problems facing priests today is that the standard for removing an accused priest from ministry is not “clear and convincing evidence,” or even a “preponderance of evidence,” but merely that an accusation is “credible”—the least reliable standard of assessment. David Pierre, in his eye-opening book, Catholic Priests Falsely Accused, has shown that a “credible” accusation might mean nothing more than, at a given time, the accuser and the priest lived in the same geographical area. Cardinal Avery Dulles pointed out that accusations can be deemed “credible” simply because they are not entirely groundless. (Guerino)

Much of the alleged abuse happened years ago. Understandably, young children are reluctant to tell. It’s a primary reaction to say nothing–to stuff our agony deep. But many alleged abusers are now dead or suffer from dementia. Physical evidence has vanished. We can’t get both sides of the story.
The damage to an abused child is incalculable. But the damage to an honest person wrongly accused should not go unnoticed.
Allen tells the story of Fr. Kevin Reynolds, an Irish priest who had done missionary work in Kenya for many years. RTE, “Ireland’s National Television and Radio Broadcaster,” interviewed a woman in Kenya who claimed Reynolds had raped and impregnated her when she was 14. RTE broadcast the story on both television and radio before a protesting Reynolds could provide DNA evidence that showed the child was not his.
RTE later rescinded the story and ended up paying 1.3 million euros as a settlement. Reynolds was fortunate; he could prove his innocence. Many others cannot.
Think of the ramifications. The injustice of destroyed ministry, the loss of unjust payment for non-existent agony, the potential threat of blackmail, and the loss of the right to be considered innocent until proven guilty.
And when the bar of justice is lowered for one segment of society, it is lowered for all. No one’s ministry, no person who has been in the vicinity of children could be free of potential accusation. Every form of ministry would be in danger.
One such ministry in danger already is that of George Pell. Pell, an Australian Cardinal, is the highest ranking Vatican official yet to be accused. He is also one of four prominent Cardinals to raise concerns about Amoris Laetitia, Pope Francis’s document on marriage, a document that has fueled the controversy over Communion for divorced and remarried Catholics.
All four conservative Cardinals opposed Communion for the remarried. All four have now been “removed from the stage.” Ross Douthat writes that the “charges of sexual abuse [against Pell] . . . either represent a culminating revelation in the church’s grim accounting on the [sex abuse] issue, or else . . . a sign that the abuse scandal has become a license for prosecutorial witch hunts.”
The “culminating revelation” would mean the abuse scandal had reached the highest ranks of the Vatican. “Prosecutorial witch hunts” would involve accusations against the innocent to silence their opposing viewpoint.
How can we ever know the truth? Truth matters to those who have been abused. And it matters to those who are wrongly accused. It matters most in the Church at large.
Jesus told Pontius Pilate that He came to earth to testify of truth.
But some aren’t interested in truth. They know only malice and greed.
Their fault means fewer honest people–not just within Catholicism but in all of Christendom–will choose ministry.
And we will be the less for that.

0 Replies to “Agony and Betrayal–Part II”