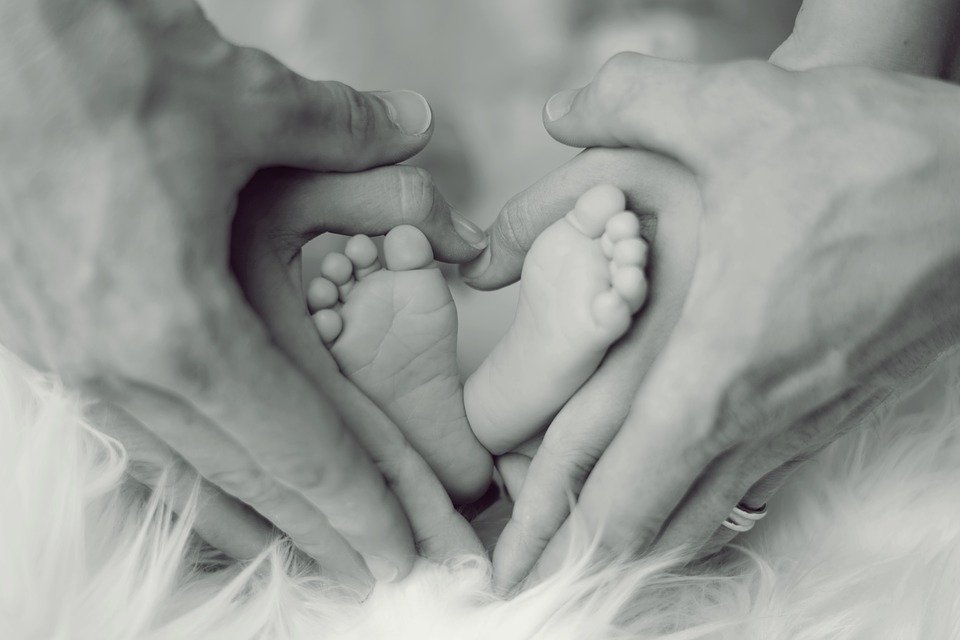 A benediction is a blessing. A blessing at the beginning.
Benediction welcomes new life. Benediction births new life seasons.
A life season is a period defined by a title–toddler, student, employee, wife, mother, grandmother, etc.
It was spring when my season last changed–from mother to grandmother. Now autumn comes with the anticipation of a new spring and another season.
I was a young mother when my season of parenthood began–four days shy of my nineteenth birthday. Therefore, it was no great surprise that I would be a young grandmother–at only 39.
And now it is granted to me to anticipate a turning of season from grand to great. So I’ll be a young great-grandmother–just older than I was in other seasons. I still hold out hopes of more grandness followed by much more greatness.
A friend of mine has been celebrating her own greatness for a few years now. She is fond of quoting Carl Sandburg: “A baby is God’s opinion that the world should go on.” I’m happy to be joining her club.
Older people (I don’t want to say old) connect to the future through the young they influence. As I held my grandchildren for the first time, I would say my benediction: “Jesus loves you. Grandma loves you. And you have a wonderful mommy and daddy.”
I did that for all but the first. When he was born, I had not yet realized the magnitude of the words I would say to this one I was meeting for the first time. Words that would set a foundation for our future interactions.
It’s that first child–the one I did not speak so intentionally to–who brings me this privilege, God willing, to say it to his child.
By the time his younger brother arrived, I had heard a pastor recount saying a version of it to his grandchildren and thought it valuable. It puts our relationship in the right perspective. God first. My love always. And your parents are in charge so don’t expect me to try to overrule their edicts to give you anything you want. They are the appropriate authorities in your life. I am subordinate to them.
It’s a reminder to the grandmother (or great-grandmother in the upcoming case) that the parents are the ones who will do the hard work I, the grandmother (or great-grandmother), have finished. I reside in a new season.
My responsibility is to teach that life seasons are short. It’s to help the young avoid my own stumblings and stutterings. It’s to shine a light for little feet whose life paths criss-cross with mine–for a time.
And it’s to show the importance of carefully choosing the words we say to someone we’re meeting for the very first time. Words of welcome. Words of benediction.