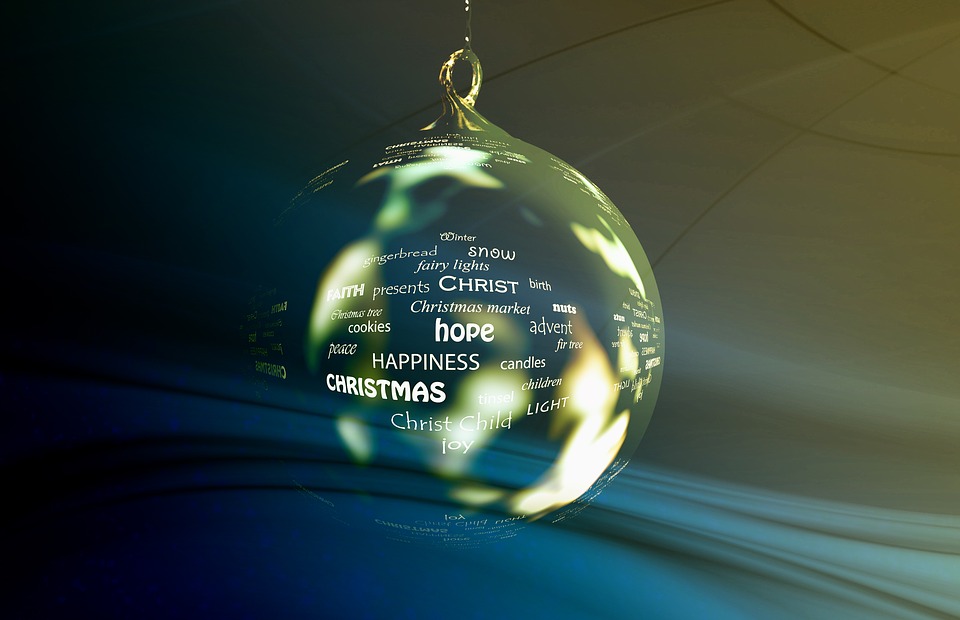 The wonder of Christmas includes traditions we pass down to our children. We relay to the next generation what came down to us from previous generations. We tweak traditions to suit us. And our kids tweak them to fit their families.
My parents altered a Christmas custom when I was young. They changed midstream, even while I–and perhaps one of my brothers–still believed in Santa. In my very young years, Santa had not only brought all the presents, he also put up the tree. All on Christmas Eve.
It was magical. We went to bed with our house in its regular state. We woke up to glowing lights and presents that seemed to have materialized overnight.
My parents were very good at being Santa. But one year a few days before Christmas, Dad put up the tree and began to string lights around it.
“I thought Santa did that,” I said.
“This year, we’re helping Santa,” he replied.
Years later, my parents told me that the Christmas before the BIG CHANGE, they had put the finishing touches on Santa’s magic around 5:00 am on December 25. My brothers and I awoke at 6:00. Santa never put the tree up again.
So I learned that magic has its limits, but I still believed.
I determined to pass this sense of magic on to my five children. I had enjoyed the Santa myth. I wanted my own young ones to do the same–to experience magic and wonder–the stuff that feeds imagination and memory.
I have sixteen pictures of my children and the jolly old elf. And yes, my older kids protested being thusly photographed at our local mall.
“What if my friends see me?” the oldest wailed.
“Tell them your mother made you do it. Your brother still believes, and we’re not going to mess with that yet.” These were my waning days of steeping in their wonder. Soon we would move on.
Reality would dispel the wonder. I wanted to keep the wonder as long as I could.
To thumb through the stack of Santa pictures shows the wonder. It also shows the occasional inability to decipher what Mom thought should be wonderful.
One sits on Santa’s lap with a visible glint on her cheek. She manages a small smile while clutching a candy cane that stopped the flow of tears.
Years pass and another sits between smiling siblings on Santa’s lap. Her mouth is agape and her face purple.
A short two years later, that child is calm as her brother insists he will not sit. He stands in front of Saint Nick. He has an expression reminiscent of a dour Winston Churchill. Brother and sisters smile in the background.
I have just a few pictures of grandkids with Santa. My own children embraced the tradition with less enthusiasm. Yet, they still work to instill wonder even though Santa puts the tree up for none of us.
Two have train sets. They remember the trains their father put up for them. I remember the set my dad and brothers toiled over and savored.
One makes gingerbread houses and marks Saint Nicholas Day by placing candy (wrapped, I assume) in the kids’ shoes. Another does the Elf on the Shelf.
Yet another has a Christmas brunch–which far surpasses the Yuletide breakfast of their youth–banana bread and stocking candy.
My grown children mark and make their own traditions.
Christmas is about magic and wonder and faith. Our traditions give us memories to laugh about, linger over, and cherish. They connect us to each other and to the day we celebrate.
Christ has come. Emmanuel, God with us. He is our best gift ever. Our traditions remind us of the gift that He is and the gifts we are to each other.

0 Replies to “The Magic and Wonder of Traditions”