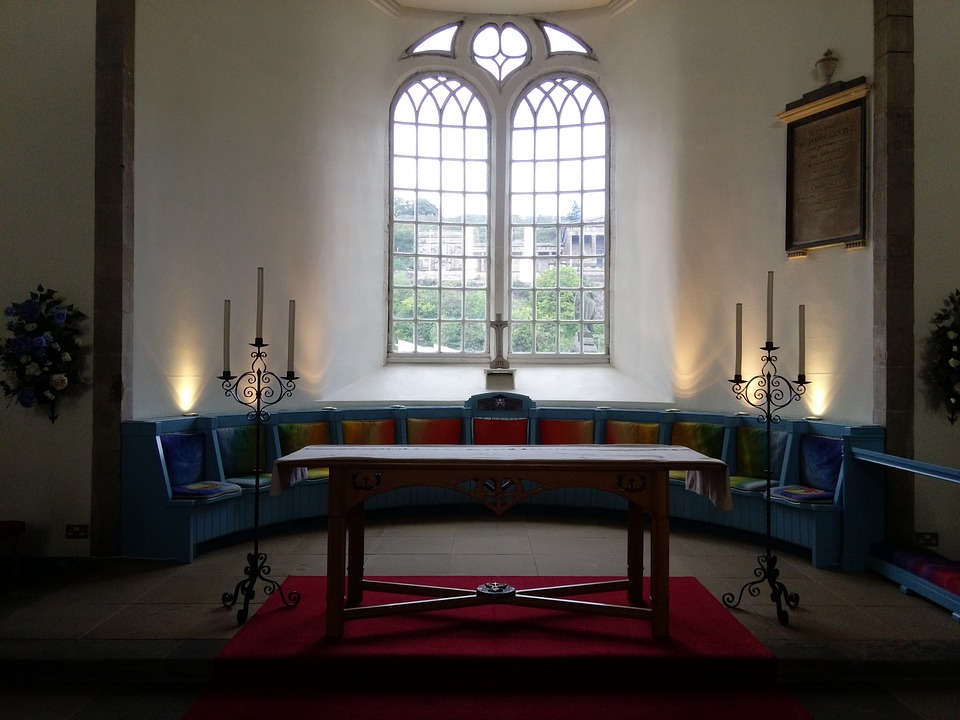 In the garden before his trial and crucifixion, Christ asked for his followers to “be one.” He prayed for those who followed him then and for all who would believe later on—the universal church throughout history.

Many times Jesus prayed to the Father and we have no idea what he said. We’re simply told such things as “Jesus Himself would often slip away to the wilderness and pray.”[i] Christ and the Father had many moments of communion that the Word does not disclose to us. So every time God’s Word lets us eavesdrop on Christ’s side of those conversations, we should pay close attention.

Jesus taught us how to pray with the Lord’s Prayer. And through his own prayers, he illustrated his connection and communion with the Father. We hear him blessing the fishes and loaves before crowds and the bread at the Last Supper in the upper room, speaking to the Father before raising Lazarus, before choosing the twelve apostles, and before his transfiguration. We also know he prayed in the garden before his betrayal and arrest. And we hear his prayerful cry from the cross.[ii]

Jesus’ prayer found in John 17 is the supreme biblical call for accord among his followers. And unlike Paul’s letters to singular, local churches, Christ’s petition encompasses the worldwide church, for all “those also who believe in Me” through all time.[iii] Jesus directs us to love him, each other, and those outside our churches’ doors.

Through a series of that/sostatements, he tells us what should be (that) and what will result from it (so).

As Jesus makes clear, the world’s ability to know God’s love relies upon we who are Christians loving one another in unity.

But it’s crucial that we consider what accord is and is not. Christian unity does not mean we dilute our doctrines and abandon our traditions. It does not mean we dissolve our church constitutions and form one gigantic doctrinally devoid church. It means we embrace a visible cooperation with one another—yet without compromise.

“Some suggest [that in his prayer] Jesus is only referring to a nebulous spiritual unity; however, Jesus emphasizes a form of unity that is visible to the watching world, and thus must be referring to a relational unity that can be observed. This does not mean we have to agree on every point of doctrine—we don’t! Nor does it mean we are to adopt some sort of fuzzy ecumenism in which we compromise the truth of the gospel or overlook sin within the church.”[v]

Journalist and cultural commentator Rod Dreher in his book The Benedict Option encourages interdenominational relationships—what he calls “an ecumenism of the trenches.” “To be sure, the different churches should not compromise their distinct doctrines, but they should nevertheless seize every opportunity to form friendships and strategic alliances in defense of the faith and the faithful.”[vi]

Accord means we form friendships and alliances, and we respect each other’s differences. It means, as C. S. Lewis wrote, we may “go on disagreeing, but don’t let us judge.”[vii] It means that, at the end of our weekly church services, we join hands to meet real needs and help hurting hearts find healing in Christ—that we be the visible church.

But we can only increase our ministry by learning how to meet people in their need.

Likeminded Christians of various denominations acting in accord will enhance ministry. We are the sand the Master turns into colored glass. He restores glass pieces cracked under the pressures of life. And he puts them together in a big picture that shows the world his great love.

We can shine the light of the Master on the hearts of the broken and lonely and invite them to become part of God’s big picture.

If you are broken, he can restore you. And once he restores you, he can use you to restore others.


Excerpted from Restoring the Shattered: Illustrating Christ’s Love Through the Church in One Accord. E-version available October 2. Paperback, January 22, 2018.

23 Replies to “Christ’s Prayer for Us”