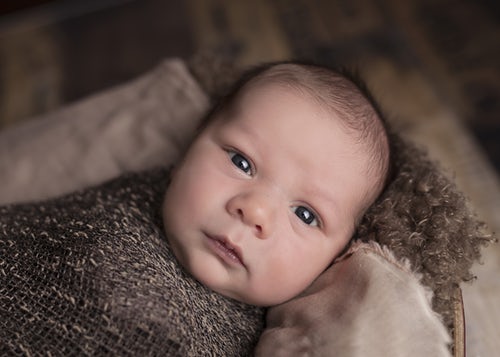 I couldn’t figure it out. A number of students were claiming the speaker was evoking emotion to convince his audience. My college freshmen couldn’t recognize the difference between reason and feelings.

But the speaker didn’t want them to feel. He wanted them to think. To reason. To deduce right from wrong. Feelings had little to do with it. But today, feelings make the argument. Most people can’t discern between feeling and thinking. To do so would mean there are universal truths about right and wrong.

In the early days of the abortion debate, those who support abortion would accuse pro-lifers of just being emotional–too emotional–about the unborn.

Pro-lifers asserted that support for unborn life was more than hand-wringing anguish over potential life. It was reasoned protection for innocent human life. All innocent human life. The foundation for protecting such life was not only religious but also moral and scientific. It was never solely a religious argument. Sometimes, it wasn’t a religious argument at all. (See Dr. Bernard Nathanson.)

But the other side just can’t admit that–unless it tries to co-opt a religious perspective.

“Mary Doe” of Missouri turned the pro-abortion argument on its head. In a lawsuit before the Missouri Supreme Court, Doe protested a Missouri law requiring a waiting period of “72 hours before having an abortion, [that a woman seeking abortion] look at an ultrasound and sign a form which states [she’s] read material that contains the line, ‘(t)he life of each human being begins at conception. Abortion will terminate the life of a separate, unique, living human being.’”

A member of the Satanic Temple,* she asserted that the Missouri law violated her freedom of religion and that “she must not support any beliefs that make her fetal tissue a being distinct from her body.”

“Mary”–an ironic pseudonym–had already had her abortion. She refused to hear her unborn child’s heartbeat. She said she was made to feel “guilt and shame.”

Her emotions trumped truth. She is entitled to believe what she wants. But she is not entitled to her own facts.

She is not entitled to declare a baby a non-living entity simply because that’s what she wants it to be.

The lack of logic, however, was clearest in her assertion that her unborn child is not separate from her own body–not an entity entitled to protection and life. To claim it is merely a Christian view that the unborn are human and alive is also illogical.

Such assertions ignore facts borne of science: The unborn is a separate being. The child has his or her own DNA. That DNA is human DNA. The unborn he or she is not part of the mother; the child merely resides within her–and does so temporarily. The child is growing. That makes the child alive.

And that is what the Missouri Supreme Court decided five days ago. Because the court recognized reason and truth.

The only appropriate religious view to insert in this discussion is that Satan is the father of lies.

Satan’s Temple of death for unborn children–The Satanic Temple–is aptly named. We can be so thankful that Missouri’s Supreme Court realized reason. And we can pray the members of the Satanic Temple receive the blessing of truth.

This post updates an earlier one discussing the legal challenge to Missouri’s law.