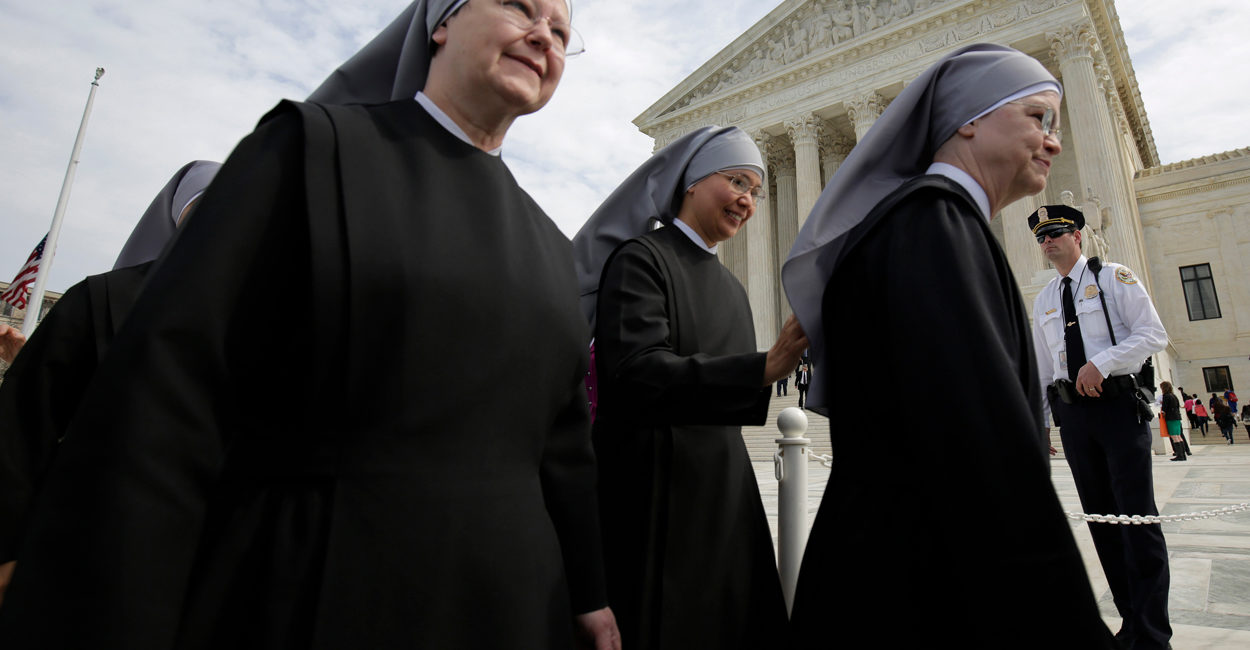 This week the Little Sisters of the Poor are back in court–before the US Supreme Court (SCOTUS)–defending their right to follow their religious convictions against abortion and contraception.

It was just in 2016 that the Little Sisters successfully defended themselves against an Obamacare mandate requiring them to provide abortions, abortifacients (contraception that works after conception–i.e. medication or device abortion), and contraception as part of their employee medical insurance coverage.

The sisters faced the option of shutting down all their facilities or paying millions in fines.

But that’s not the end of the story.

Pennsylvania Attorney General Josh Shapiro–presumed by many to be the next governor–wouldn’t let the issue die–despite a Health and Human Services (HHS) rule (at the federal level) that says otherwise. (California’s AG is also pursuing the case.)

A news release from Becket, defending the nuns, explains:

“HHS issued a new rule that protects religious non-profits like the Little Sisters of the Poor from providing services like the week-after pill in their healthcare plans in violation of their faith. This meant their four-year legal ordeal was close to an end. But shortly after, the state of Pennsylvania sued to take away the Little Sisters’ religious exemption.”

According to Becket, it doesn’t seem like a stretch to believe Shapiro has it in for the sisters:

“Pennsylvania admits that it already has and already uses many government programs to provide contraceptives to women who need them.  Pennsylvania never challenged the Obama Administration for creating much larger exceptions for secular corporations—exceptions that covered tens of millions more people than the religious exemption.  Pennsylvania does not even have its own contraceptive mandate at all.”

We of the Keystone Commonwealth should be asking how many of our tax dollars Shapiro has wasted on his persecution of the sisters.

We should realize that electing Shapiro as governor will open the door for more Kermit Gosnells. And we should consider whether that door has already opened.

Anyone concerned about freedom of religion in America should be watching closely for SCOTUS’s ruling on this case.

12 Replies to “Then Pennsylvania Came for the Nuns”