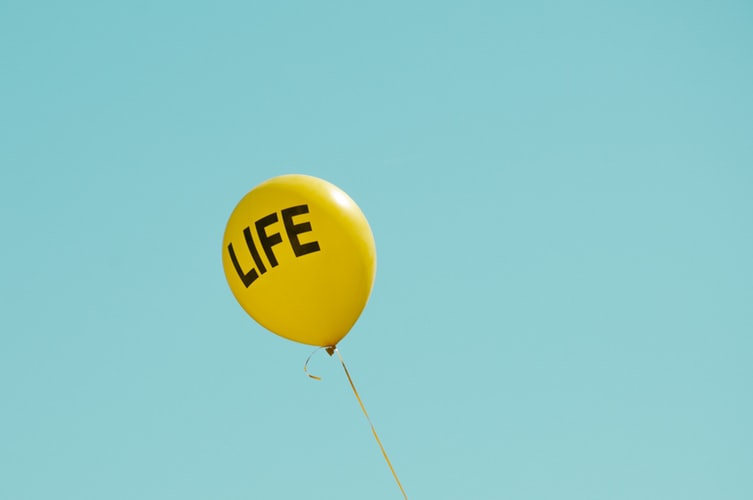 I don’t know who she sat next to in church that week—or if she even went to church then. And for a long time after I met her, I had no idea what had happened in her life.

It all looked great from my viewpoint.

Then we went on a bus trip to the March for Life. That’s the annual Washington, DC, commemoration of the 1973 Supreme Court decision, Roe v. Wade that legalized abortion in all 50 states. I don’t know the moment that made a difference for her. I just know that she lived that moment and her life changed. She made a connection with someone she felt she could trust with her secret. And when she did, she found healing.

And I might not have ever known but for a chance meeting.

One Sunday morning, we were visiting a church in a neighboring community. And when we got out of our car, she got out of hers.

She was the guest speaker. She had come to tell us the secret she had carried for years. She had had an abortion.

And she told us about the someone who helped her. And the God who healed her.

Now she helps others. And those others are all around us. We just don’t know who they are or what they are living.

Perhaps one such person sat next to you last Sunday.

One in five women who reported that they’ve had an abortion were attending church weekly at the time. Four in ten said they attended church regularly when they aborted. Seven in ten aborting women identify themselves as Christians.

Only seven of 100 such women said they discussed their decision to abort with someone at their church.

Roland C. Warren of CareNet says, because the issue of abortion has been politicized, many pastors shy away from addressing it. So many women sit in the pews feeling that they cannot speak of their crisis pregnancies.

“[A]s a result of pastors’ withdrawal, there have not been broad-scale ministry on-ramps built around helping women and men make pregnancy decisions,” he writes.

It’s not about politicizing our churches. It’s about providing compassion to people who may hold pro-life convictions in their hearts even when they perceive that their desperate situation has no solution other than abortion. So we also must offer compassion for men who have made abortion decisions. Consider this story:

There is a Planned Parenthood facility in Montgomery County, Texas, that was the special focus of prisoners in the local jail during a 40 Days for Life campaign.

Forty Days for Life was meeting outside the PP at that location from 7:00 am to 7:00 pm daily during those 40 days. One of the participants also volunteered in the chaplaincy program at the local jail. He went to see whether the inmates of faith would be willing to cover the other 12 hours of each day in prayer.

A few days later he “returned to the Wynne unit and the offender heading up the unit prayer vigil gave me the sign-up list. It turned out to be 12 pages full of names. As I examined the list in semi-shock and asked several questions, I realized that each man on the list had agreed to pray for one hour each day for the whole 40 days. For example, 16 men are praying every day from 7 PM – 8 PM for the whole 40 days. Again, 16 different men from 8 PM – 9 PM. 15 men signed up for 3 AM – 4 AM and so it goes. Every hour is covered with at least 10 men who signed up to pray.”

Gardner believed many prisoners suffered from PTSD because of their involvement in abortions. Her research and instincts found support when “an anonymous survey issued to the inmates at both of the prisons [Martin and Okeechobee in Florida] indicated that 90 percent had been involved in an abortion experience that hurt them.”

She says, “It’s not what you think about men in prison. They longed for their children and somehow recognized that life went wrong after their abortion experience.”

It doesn’t seem like a natural progression of logic that men would find themselves in prison as a result of abortions in their lives. After all, these men had histories before and after their abortion experiences that may also have contributed to their incarceration.

It didn’t seem like a logical connection to the men either—at first. “Many men are unaware that their emotions are the direct result of an abortion experience,” according to Gardner.

Emotional wounding comes from all sorts of trauma. But with nearly 62 million abortions happening in the US since Roe, it’s time to acknowledge that the wounding is widespread.

Gardner’s program includes multiple classes. Men learn how to deal with the pain of the past. They find healing. They experience, she says, “the healing power of God.”

Only God can form such a brotherhood. And only God can place a healing helper in our path after we’ve wounded ourselves in a way that seems insurmountable.

Whether the place of ministry is a prison or a church, it must be a place of transparent compassion that says, “We will love you no matter what you face, no matter what you’ve done because there is a great God who loved us and you too,” Gardner says.

That’s the same love that my friend found. And the love she now offers. That’s the love the men suffering after abortion offer.

That love is the Gospel.

20 Replies to “HEADlines: Abortion and the Church”