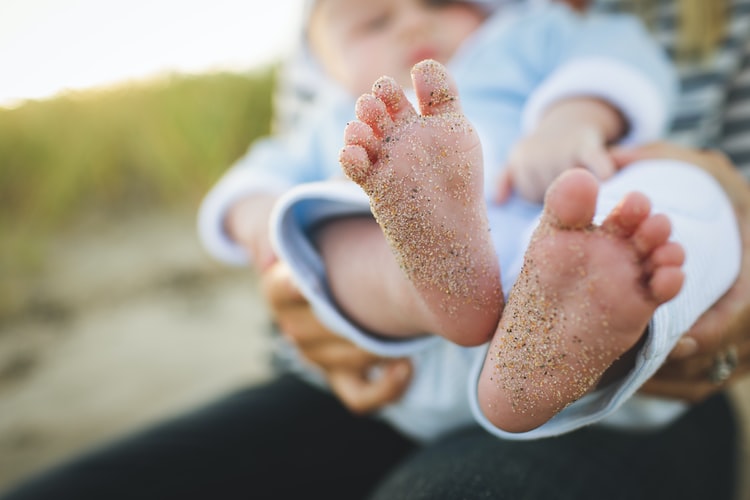 “Throughout modern history, society has been eaten away by a series of internal maladies, man turning against man and class against class: all societies have been characterized by the warfare of opposing interests, by competition, by the isolation and dereliction of each individual man.” Rod Dreher

Her natural desire to protect the young one battled his desire to—? Have control? Minimize the potential complications of divorce? We can only wonder at the “internal maladies” he suffered that put him in warfare with the opposing interests of his own child.

He would say they made the choice together—he and his wife. He would deny that the child was capable of having any interests at all.

Roland C. Warren, president and CEO of Carenet, sees a disturbing trend in the argument over human life. Early in the abortion discussion, during the time that television show aired, advocates for abortion (and euthanasia) made a distinction between “human life” (with regard to abortion: the mother; with regard to euthanasia: the healthy) and “not yet life” (the unborn), and even “no longer life” (the sick or infirm).

So we had life and non-life. And then ultrasound technology let us peer into the womb where we clearly see–life!

Now, advocates for “freedom of choice” are acknowledging that life is present–and even human.

But there is a structure of hierarchy. Some lives supersede others.

“All life is not equal. That’s a difficult thing for liberals like me to talk about, lest we wind up looking like death-panel-loving, kill-your-grandma-and-your-precious-baby storm troopers. Yet a fetus can be a human life without having the same rights as the woman in whose body it resides. She’s the boss. Her life and what is right for her circumstances and her health should automatically trump the rights of the non-autonomous entity inside of her. Always.”

Note that Williams defaults to the essential red herrings of the pro-choice set. “Her life” and “her health” as if her life is enhanced and her health restored because a baby she removed from her womb is dead. The hard cases–life, health, and rape/incest–add up to 1.23 percent of all abortions. But she isn’t even pushing a “hard-case” agenda. She’s pushing an “any-case” agenda.

Sandwiched between life and health is “her circumstances”—the situations that motivate 98.7 percent of abortions in the US. Difficult circumstances mean the child–he or she–must step aside.

Take further note that the criterion for getting to decide is autonomy. The shift in thinking has taken us from thinking “It’s not a life” to “It’s a life–a child even–but a “non-autonomous” life.

In Williams’s estimation, the ability to be independent determines the value of life.

Such a notion fuels the so-called “right to die” movement. In her article, Williams mentions “grandma” before she mentions “baby”. Grandma may herself decide to live no longer–or someone else may decide for her. Killing with consent leads quickly to killing without it. Always.

It’s not a big step from Grandma is in pain to Grandma is a pain–and an expensive one at that. When we arrive at that determination, we have made Grandma subhuman. Then, every one of us becomes subject to the same devaluing. No one is exempt.

But Warren argues: that is not who we are.

He paints a hypothetical situation. You are crossing the street and you see two people carrying their groceries. One is a healthy 25-year-old man. The other is an 85-year-old woman. Both of them drop their groceries at the same time. Who do you help?

We help the woman, Warren says. The one we perceive needs help more. “It’s wired into us,” Warren says. “It’s what makes us human–how we apportion compassion.” He adds that animals–creatures less than human–operate in the opposite manner. Strong animals eat weak ones.

Humans, at their best, help the weak. When we live otherwise, we live like animals. And then we have all become less.

My opening example of the father who didn’t want to be a father married to a woman he just couldn’t get along with paints this picture accurately. He had autonomy. The baby? None at all.

But the mother? She was following her natural inclinations to protect and nurture what she knew was her child. But she lacked the autonomy to make the decision independently. The choice was not just her own.

Such a television depiction would be unlikely to air today because the man pushed against the woman’s desire for her baby. He gave no room for the “choice” that Williams argues is “Always” hers to make.

In the late ’70s, the discussion around abortion was relatively new. The battle lines had not clearly formed. Truth was more of a possibility. The news media was still objective about the issue, at least in one corner of the world. In 1978, the Chicago Sun Times did an expose on abortion “providers”–not yet so named because euphemism had not yet overtaken the issue.

As a result of the Sun Times’s reporting, one of the abortion facilities the expose covered closed down, and a physician lost his license to practice. A grand jury investigated.

The uncovering of abortion amid filth and broken medical equipment came about accidentally even after a woman died and Gosnell murdered a breathing, six-pound abortion survivor, among others. Still others carry physical reminders of their time in his “care”.

If not for the drug bust, would he still be injuring and killing? Of course he would.

After a previous alert from a former employee, the state interviewed Gosnell off- site–where they wouldn’t see the condition of his facility. Pennsylvania officials also ignored an insurance company report of a post-Gosnell abortion patient who died from sepsis after he perforated her uterus.

Writing an op-ed for USA Today, Kirsten Powers said, “This [Gosnell’s story] should be front-page news.” But it wasn’t on the front page because the media had completely ditched objectivity at some point after Chicago’s expose.

It’s beyond distressing to ponder all those babies gone. All those women pushed. All the lies told and truth withheld in the name of a choice an “autonomous” woman doesn’t always get to exercise.

24 Replies to “HEADlines: Every Life Has Value”