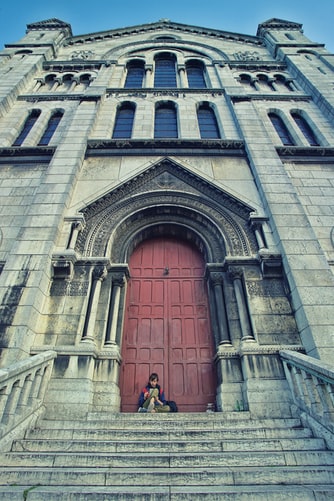 “You only have power over people as long as you don’t take everything away from them. But when you’ve robbed a man of everything, he’s no longer in your power—he’s free again.” Alexander Solzhenitsyn~

In Brooklyn, New York, this week. 2,500 people crowded together to pay tribute to a beloved rabbi who passed away.

Some wore face masks; some did not. New York’s infuriated mayor came in person to tell the people to go home. Then he issued a statement:

“My message to the Jewish community, and all communities, is this simple: the time for warnings has passed. I have instructed the NYPD to proceed immediately to summons or even arrest those who gather in large groups. This is about stopping this disease and saving lives. Period.”

Fair enough, if that’s so–and if those consequences are fairly applied. But is it really just about stopping the disease and saving lives? Or is it, perhaps, also about power and authority? Is it even about disdain for a particular faith or group?

One councilmember, Chaim Deutsch, chided DeBlasio for not applying the rule of law evenly.

“Did the Mayor of NYC really just single out one specific ethnic community (a community that has been the target of increasing hate crimes in HIS city) as being noncompliant?? Has he been to a park lately?”

All of America–especially those of us who are working at staying home–could discuss whether deBlasio overreacted in showing up and calling on police.

We could wonder whether–if other New Yorkers are defying the rules as Deutsch claims and evidence shows they are–why this gathering got the mayor’s personal attention the way it did. We could also ask why the mayor and the media picked this incident to highlight and not another one earlier that day.

Why didn’t the mayor go downtown and tweet his protest as New Yorkers gathered to watch the Blue Angels fly over the city in tribute to health care workers who have toiled through the worst of the pandemic?

I would argue that, sad as they were over the loss of their beloved rabbi, the people should not have gathered for his funeral. But I would also argue that deBlasio crossed the line when he threatened places of worship with permanent closure if they do not comply.

I might also argue that perhaps many of those 2,500 people watched coverage of the Blue Angels’ flyover earlier in the day and didn’t realize a double standard was in place.

They didn’t realize that ordinary folks could come out to watch a tribute. The rules don’t apply to them. But faithful people may not gather. The rules are especially for them.

And violating the rules will bring about retribution for those singled out. And that retribution could be permanent.

Joel M. Petlin is the superintendent of the Kiryus Joel School District, a Hasidic Jewish school system in New York. He summed the situation up on Twitter: “Two wrongs don’t make a right, but only one wrong makes the news and the condemnation of politicians.”

He can’t possibly believe that the actions of some should forever close the doors of worship for many, even those yet unborn.

That just can’t be possible.

20 Replies to “The Threat to Close Synagogues and Churches”