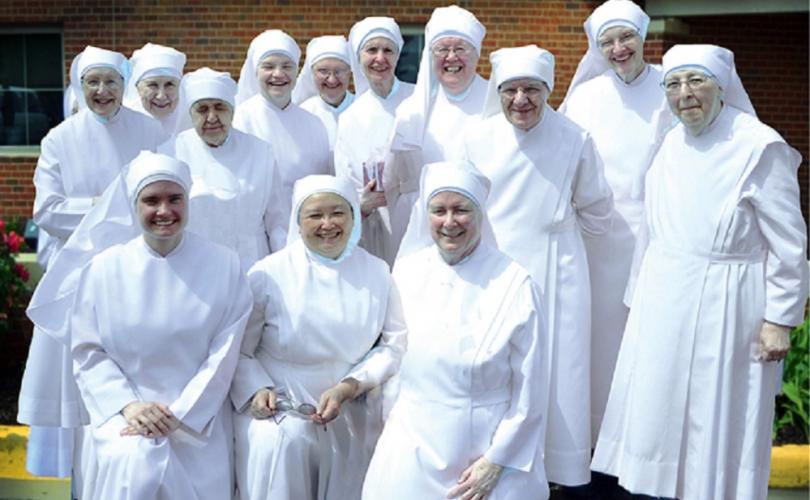 Wednesday, May 6, 2020–the Little Sisters of the Poor found themselves in court once more.

The Little Sisters in America are 300 women running 27 homes for indigent elderly.

And remember, these nuns are women who commit themselves to lives of poverty and are now front-line workers in the coronavirus pandemic.

The US Supreme Court (SCOTUS) ruled just four years ago that the nuns would not have to pay a $70 million fine for refusing to obey the Obamacare mandates on birth control and abortion–even though corporate giants like Exxon and Visa and others are exempt from the regulations.

Despite the Supreme Court having already upheld their freedom of conscience, Josh Shapiro, Attorney General of Pennsylvania followed along after Xavier Becerra, California’s AG, sued to force the nuns to provide contraceptives– those preventing conception and those abortive in nature. These men sued in an attempt to get the court to say states can force the nuns to do what the federal government cannot force them to do.

As the cases have run through the pipeline leading them once more to SCOTUS, the sisters lost on appeal against both states. At some point, New Jersey got into the action. And the New Jersey and Pennsylvania cases are the focus of the court’s current discussion.

“Come hell or high water, they [the suing attorneys general] will rope the nuns into complicity with things like abortion drugs in their healthcare plans [emphasis McGuire’s]. Their future political campaigns depend on it, doggone it! Never mind that the Supreme Court already told the federal government it must settle with the Little Sisters in such a way that their conscience rights are not compromised — and despite the fact that [President Trump] issued a subsequent executive order clarifying that under no circumstances can employers be forced to violate their religious or moral beliefs in their healthcare plans.”

McGuire is right that these attorneys general are harassing the nuns to score political points. There is more than a buzz that Shapiro is planning a run for governor in Pennsylvania. Even loftier goals may abound in the minds of these opportunists.

The nuns have spent years in court–nearly a decade. That’s time they could have better spent caring for the neediest of the needy. A constituency (the poor) those in the pro-abortion camp claim as their own.

The lives of those very people are at stake because the nuns stand between the homeless poor and a death of isolation on the streets.

The court’s decision will affect more than a small sect of nuns and their homes’ residents. These cases (there are more) mark a turning point for our nation between freedom of conscience and religious suppression.

Thomas Ascik: “Unavoidably at issue [before the court] are the Religious Freedom Restoration Act, the Hobby Lobby precedent, and the Free Exercise Clause of the First Amendment itself. In [other] cases, the Court already avoided substantive conclusions. The Court cannot continue to do so, and [this] ruling is sure to be historic.”

May 7, 2020, is the National Day of Prayer. Extend your day into a season of prayer, a season of pleading. Plead for the babies and mothers, the fathers and siblings, the grandparents.

Plead for caregivers, pharmacists, and all who exercise their consciences to honor God.

Plead for our nation and for our freedoms.

And plead for those who pursue ambition and in that course bring harm to the nuns, the poor they serve, and our future consciences under a guise of guaranteeing access to otherwise accessible birth control.

For we have an obligation to lift up those in authority over us–whether they follow God or defy him.

Our country is in great conflict. We must pray, and we must resist such injustice–such oppression.

One great military leader knew the praying we do on our knees is more powerful than the fighting an army does standing up.

“Those who pray do more for the world than those who fight; and if the world goes from bad to worse, it is because there are more battles than prayers,” General George S. Patton~

Do much for the world. Pray.

16 Replies to “The Left’s Obsession with Abortion”