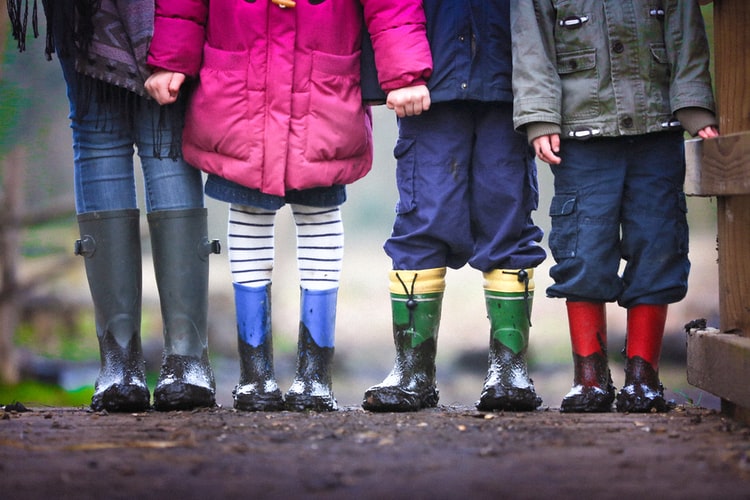 Instead, help comes in the form of two cigarette smoking technicians with a snakelike vacuum cleaner of sorts. They sweep out the woman’s system. She’ll be fine in the morning. It’s no big deal, they say; it’s common. So common, in fact, that they get nine or ten calls a night. Every night.

They pack up their snake device and move on to work on the next person who “just jumped off the cap of a pillbox” (15-16).

The technicians don’t perceive that they’re saving lives. Their act is mundane. It lacks significance, perhaps, because life itself has lost significance.

Bradbury saw that without a vision the people perish. He saw that this lack of vision would continue in a downward spiral until the futuristic time we call today. He knew that, even if bodies come back from the edge of death, souls who can’t find meaning will flounder.

The idea that a doctor might come to your house evaporated shortly after F451 was published. And health care professionals smoking as they work? That was unheard of then and still is now. Yet the cigarettes are symbolic of the casual, cavalier nature of technicians doing something they consider insignificant.

The idea that modern medicine could revive the overdosed shows that Bradbury had remarkable foresight in 1950. He saw then what we now, along with Ravi Zacharias, recognize: Our loss of innocence has produced more losses. These losses have left a void.

To fill the voids, people look for…something. Many try to fill the void with heroin and opioids, whose use has become an epidemic. And with the epidemic comes increasing numbers of overdose deaths.

And as in Bradbury’s fictional setting, we now have a way to revive the overdosed. Today, there is Naloxone.

Also, as in Bradbury’s book, the delivery method for Naloxone is not a physician. Nor is it two jaded, cigarette toting technicians. It’s a wide variety of people. Just about anyone can rescue someone endangered by an overdose.

As we might expect, first responders—EMTs, police, and firefighters—are stocking up on the medication. But so are a growing number of schools. In Rhode Island, the law requires schools to keep the drug on hand—middle school through high school. Middle school starts with fifth graders. Ten-year-olds.

Opioid overdoses skyrocketed since the late 1990s, becoming the worst drug epidemic in modern American history. In 2017, there were over 47,000 opioid overdose deaths in the United States—more than from automobile accidents or firearm-related homicides. Overdose cases declined in 2019, perhaps because of lowered unemployment. But the numbers went back up in the shadow of Covid-19.

Perhaps economic recovery continues and the numbers go down again, but what’s ahead looks like a roller coaster journey that leads only to the end of the ride.

The roller coaster, of course, is not the sickness, but a symptom of the sickness. The sickness is the seeking and not finding what we lost.

When the world had imagination, reason, hope, love, authority, and innocence, the world had meaning. It was by no means a perfect world. But we had purpose. Our lives meant something.

Our innocence let us enjoy life. Our authority gave us direction. Love gave us purpose. Hope gave us optimism. Reason helped us understand ourselves. And imagination gave us wonder.

Innocence, authority, love, hope, reason, imagination, and I would add, memory—memory of our history from the ancients to today.

Achilles, Hector, and Odysseus teach us about virtues such as honor and humility, courage and valor, persistence and patriotism. And every person had a fate. To fulfill that destiny meant something.

The Greatest Generation that won the Second World War had endured the Great Depression. They knew what hardship and sacrifice were. Their character grew tall on a diet of deprivation and devotion to a higher cause. They pursued destiny and found meaning in it.

College students show up knowing little about when wars happened, what caused them, how they unfolded, and what difference who won makes to us today. Yet most students believe college is a necessary component to their future happiness.

According to Aristotle, the only kind of life that leads to happiness is the contemplative life. It’s the life we lead when we have innocence, respect authority, express love, use reason, create with imagination, and remember those who’ve failed and prevailed before us. We see meaning in the lives of those who came before us because we see the results of their actions and decisions. That seeing of results tells us meaning can exist for us too.

Rod Dreher writes, “Inside each of us is an emptiness that only meaning can fulfill. When we lose everything from our innocence to a sense of wonder, we try to shove pleasure into that empty space.”

People who seek pleasure as a substitute for happiness understand their lives lack meaning. Aristotle called that kind of life vulgar.

True happiness seekers know the best hyphenated concept associated with self is self-sacrifice. Meaning comes in giving oneself to God, spouse, children, community, and country.

Pleasure seekers can’t love. They can only use. They can’t give. They can only take. They lack imagination. And they cannot realize or remember that legitimate authority has a place in establishing a society that provides the opportunity for happiness.

They will not regard an authority that may cause them to miss out on pleasure.

They often cannot see their way to filling their inner void with meaning—moving beyond pleasure to happiness.

People seek pleasure but find it wearisome. Yet society has failed to convey the importance of meaning to them. Only people who’ve found meaning can deliver this message. Christians stand in stark contrast to those who find no meaning in life.

We can walk beside people—as families, couples, or individuals, in our churches, in some schools, in our neighborhoods to present our message of meaning. And the message must come line upon line, precept upon precept. It’s a marathon, not a sprint.

We have the answer. What will we do with it?

22 Replies to “HEADlines: The Importance of Meaning”