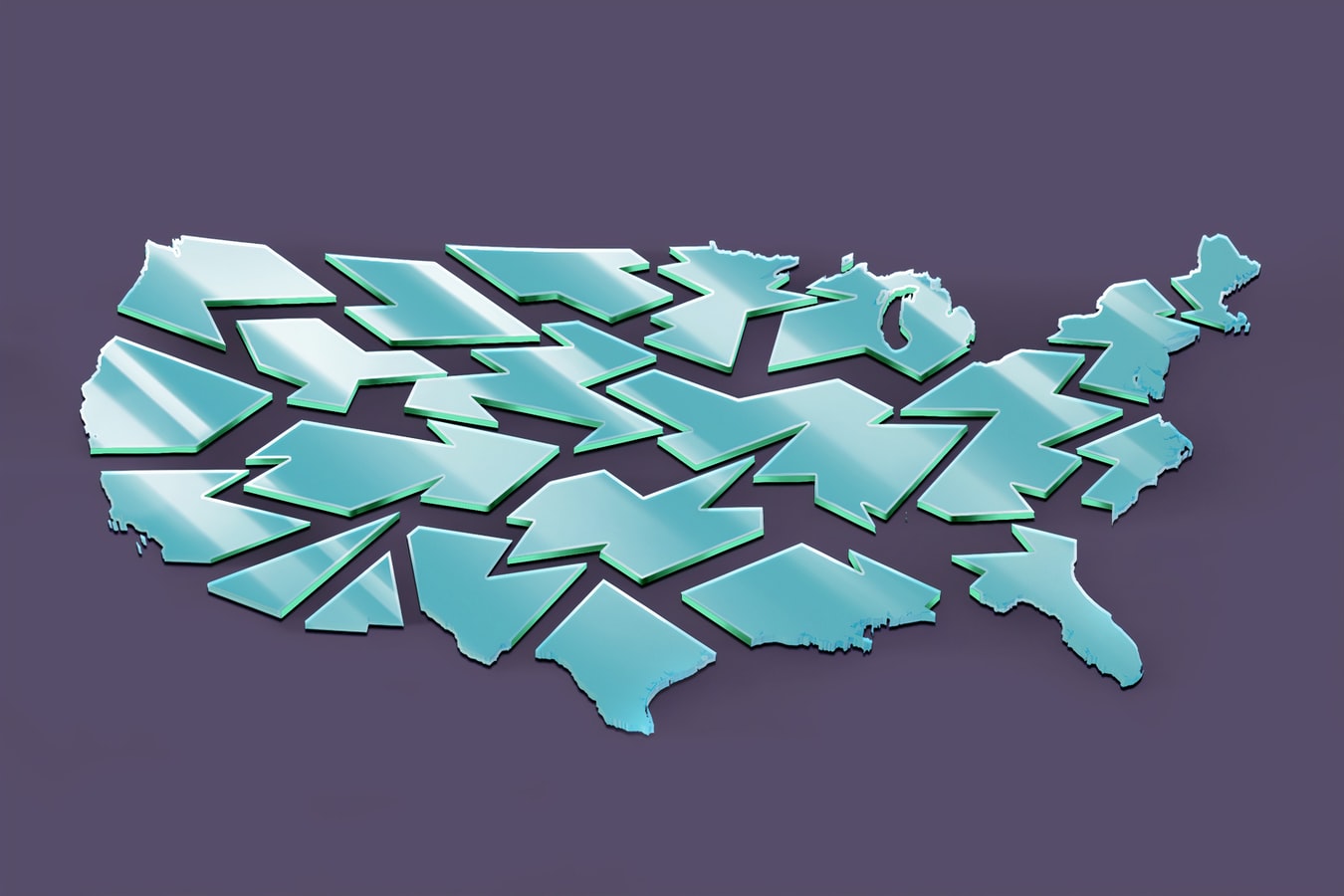 “[W]e are now facing another constitutional crisis, as we did in the 1850s, when Congress was unable to compromise on slavery or avert the impending civil war. Today again, changes that must be made seemingly can’t be made because of our divisions and failure to compromise. The Constitution was designed for another country, one in which people agreed on fundamental principles, and that’s not today’s America. We are divided on things that used to unite us, and we don’t like politicians who compromise on things we care about.” F.H. Buckley~

Every school day, I stand with a handful of high school students to say the Pledge of Allegiance. But I’ve begun to stumble over the word “indivisible”. I’m no longer certain that the United States will remain united.

We are more divided than ever, without being at war. And some places across the country, some of our cities, really are war zones.

Our division, rather its resolution, is the subject of a book by F.H. Buckley, American Secession: The Looming Threat of National Breakup.

It’s our bigness, he argues, that has caused unhappiness, division, and corruption. But our bigness has made us wealthy too.

Buckley presents the discussion our founders had as they strived to determine which form of government would work for these United States.

Explaining that the framers assumed secession was permissible (“by the consent of the governed“), Buckley lays out the arguments the Constitution’s crafters made as they shaped the document various factions today see either as pliable or etched in stone. It cannot be both.

He makes the case that California, for example, if it seceded, would save “$103 billion …[paid] in federal taxes than it receive[s] back from Washington” and, therefore, should be able to pay for the plethora of social programs its government embraces.

While he notes later that California has never had a majority wanting to secede, that may change as the middle class continues to flee the Golden State.

It also remains to be seen whether $103 billion in extra revenues could stem the flow of departures or truly develop the entitlement utopia its leaders seek to create.

Buckley points readers to other recent secession movements such as Brexit, the UK’s secession from the European Union, and Quebec’s near self-extraction from Canada, arguing that the prospect of official division will affect America too.

As you begin the book, you might expect, as I did, that Buckley will advocate for secession. But the book comes to a different, (and maybe I’m being a bit cynical) less likely, proposal–a live-and-let-live cohabitation.

Is such a compromise possible?

The quick read (135 pages, plus a few charts) is a compilation of keen analysis that aptly shows America’s melting pot is at the boiling point.

Buckley presents more than one solution.

Questions remain: Will we boil over or find a way to dwell beside each other in peace?

And will “peace” include freedom or an enforced perspective that once lay behind an iron curtain?