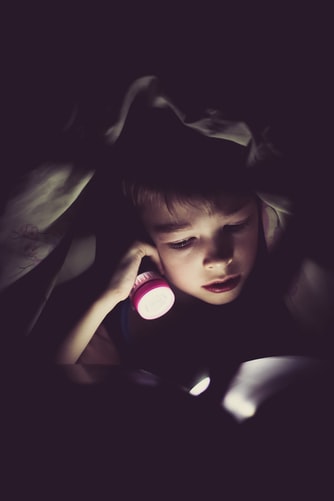 “They were my bedtime stories,” my brother told me once of Homer’s Iliad and Odyssey.

I imagine our Dad retelling the passage when Achilles dragged Hector’s body around the city of Troy for seven days and then saying, “Good night. Sleep well.”

Of course, there is much more to Homer’s works. For Western Civilization, Homer helped define what it means to be a hero.

But my favorite part of this remembrance is how Dad got the stories, to begin with.

Dad was 13 and one of 11 children recently orphaned. Some of the children were already grown. Others went to live with their grandmother. Dad found a home with two women who needed someone to do the man jobs around the house.

Division of labor by gender was big in the past.

One day he discovered his hostesses taking down curtains and washing windows. He asked what he could do to help and received this reply.

“This is women’s work, George. Go outside and play.”

But playmates were no longer around. He wandered off to the local library and inquired of the librarian for “some good books.”

She gave him Homer’s classics.

From Alan Jacobs: “To see the art of our ancestors can be an incredibly powerful thing; but we want also, we can’t help but want also, the human voice, to hear those who came before us speak to us.”

Even the story of dad’s guardians sending him away rather than inviting him into “women’s work” teaches us something of what the past was.

Learning about the past can lead us to ask how we got from there to here.

I’m finishing The Black Ships Before Troy with two groups of sixth- through eighth-graders.

I tell them that the Greeks didn’t marry the women they carried off after sacking a city. They didn’t settle into a life of domestic partnership.

And marriage wasn’t the primary life relationship for the ancients. The friendship between men was their top relational concern–as we see in the story of Achilles and Patroclus.

In class, I get to explain what the world was like before Christ–and how it changed for the better because He walked here on earth.

I explain that social groups become civilizations when they become writers. When oral traditions, stories, laws, and in the case of the Bible, inspiration take a written form.

Even so, we continue to pass stories down both orally and through writing.

My great-niece in Texas is teaching Homer’s works to her students. She is four generations removed from Dad.

And the story goes on from thousands of years ago.

But it won’t end here.

A seventh-grader last week couldn’t contain his enjoyment as we discussed Homer’s tales.

“This is a really good weird story,” he said.

Good enough to pass on to his own children someday?

And then he’ll tell them to sleep well.