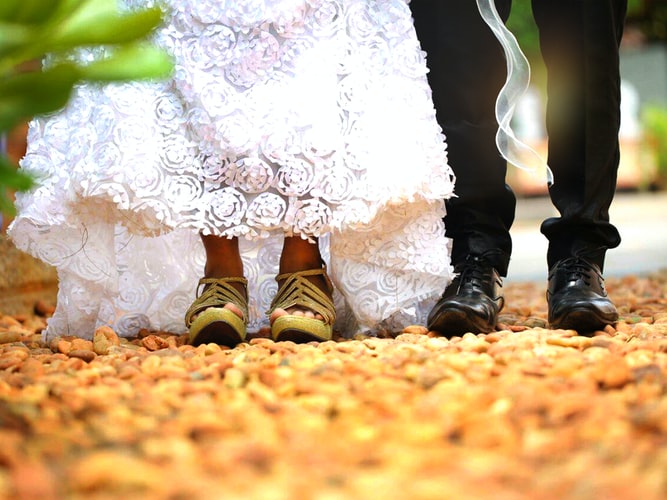 [M]ale and female created he them; and blessed them, and called their name Adam, in the day when they were created, Genesis 2:4 (ESV).

If some in Congress have their way this week (The House is set to vote Thursday 2/25), the terms male and female will soon disappear. First, from the realm of bureaucracy that will continually push itself into our private lives, And second, from the hearts and minds of young people who will grow up learning a language, a way of life, that is blind to biology, scripture, and

“The Equality Act is 31 pages long, and devotes thousands of painstakingly drafted words to prohibiting “sex discrimination.” In all those pages, however, the word “female” never appears.”

“Under the Equality Act, ‘gender identity’ determines access to “public accommodations,” a category the act redefines to include just about everywhere. It mandates access to ‘a restroom, a locker room, and a dressing room’ among other gathering places on the basis of ‘gender identity.’ Translation: There will be no safe spaces left for females. Support groups for mothers or sexual assault survivors would be forced to accept any male who feels entitled to join (based on ‘gender identity’).”

You may wonder: Can that really happen? It can. And without urging some Democrats to vote no in both the House and Senate, it will.

The White House has already announced it concurs with the goals of the bill.

Niamh Harris explains that there will be no safe haven of religious protection.

“Religious institutions fare no better [than public ones]. Religious schools, adoption agencies, and other charities would face federal sanction for operating according to basic biology and mainstream Biblical teaching on sex and marriage. Outrageously, this act exempts itself from the Religious Freedom Restoration Act.”

We might well imagine that the act would end up in court within hours of passage. But there is oppression in that too. Litigation takes time and costs money. Just ask the Little Sisters of the Poor.

In the meantime, the doors of ministries would close. Many forever even if there is relief from the courts.

I have a friend who was involved in the pro-life cause before 1973. I was still in high school

She battled against abortion before the Supreme Court issued the Roe v. Wade and Doe v. Bolton decisions. Decisions that legalized abortion until birth for any reason.

Until birth for any reason.

The decisions went far beyond what the pro-abortion side considered to be their wildest dreams.

“We thought we could count on the courts,” she told me shortly after I began my own pro-life efforts in 1979. I’ve never forgotten.

Around the same time I was reading a book whose title and author I’ve lost–but whose opening example has stayed with me all these years.

The author presented an expectant mother determining to never allow society’s gender preconceptions to affect her child. She would raise her child in an environment that would laud feminist ideals.

This child would not wear dresses, would play with both dolls and toy trucks alike. She would give the child a name that did not assume a gender.

She planned. She prepared.

The mother’s first words upon the arrival of the child?

Why, the author pondered, did she ask so eagerly and so quickly after denying the importance of gender for so long?

Because it matters. Our gender makes us who we are more than this mother had been willing to admit.

People are free today to be openly gay, lesbian, bisexual, and transgender.

But people must also be free, if they are to remain free, to live out religious convictions, to run ministries accordingly, and raise children with biblical principles in mind.

These freedoms are at risk.

And we may soon have to ask ourselves how to manage in a new dark night of oppression based on our conviction that men are men and women are women.

And that God made us that way.

18 Replies to “Urgent: Male and Female Created He Them”