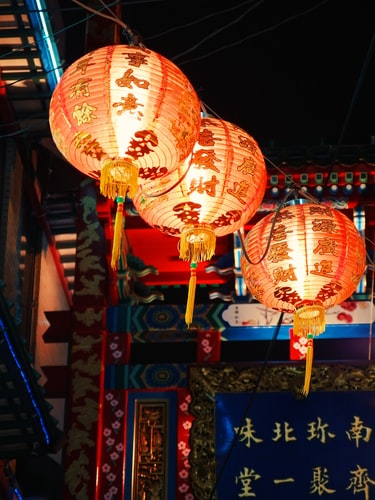 My husband and I visited China for the first time in 2005 as English teachers. We would return to teach again in 2011.

During our first visit, I had occasion to watch some afternoon television. As you might find on some channels in America, old movies were the fare of the day.

More than once I’d turn on the television and find the storyline of a Chinese village being invaded by Japanese aggressors during World War II.

A visit to an amusement park provided a similar form of entertainment. Along with rides and fast food, actors depicted the Chinese villagers overcoming Japanese invaders. Stuffed dummies with red paint on them represented the killed Japanese troops.

Little children and accompanying parents took it all in.

Most American schoolchildren don’t learn about Japan’s occupation of China or about the Nanking Massacre in which the Japanese military murdered hundreds of thousands, raping and pillaging along their way.

Japan has never apologized. And China has never forgotten.

America fits into the picture this way. China and America were allies during World War II. China had been in the midst of a civil war between Communists and the Kuomintang when the Japanese invaded. After Japan surrendered, those who were able of the Kuomintang, America’s ally, escaped to Taiwan and claimed Chinese sovereignty there.

After the Communists won the mainland, America became the ally of both Japan and Taiwan. But history made no standstill there.

In southern China, I saw a memorial to the Chinese soldiers who fought Americans in Korea.

In 1989, China acknowledged having sent more than 300,000 troops into Vietnam to fight US troops and the South Vietnamese.

America and China have been on opposite sides for most of a century.

Even so, sixteen years ago in 2005, the countryside welcomed us. People knew we were there to help their children succeed in the world. We’d often receive smiles and hear, “Hello, Meguaren” or “Hello American.”

Six years later we returned. While our students and hosts were beyond gracious, we no longer heard, “Hello Meguaren” on the streets.

A new American Administration was spending money in such a way that it devalued the dollar. The money our government had borrowed from China was coming back to them in dollars worth less than the ones we had received. Our dollars bought half as much as they had six years earlier. The Chinese yuan bought less than it had six years before too.

The Chinese people felt America had cheated them.

And long-festering wounds continue to fester.

In my interactions with Chinese students–there and in the US–I was surprised to understand how deeply many Mainland Chinese young people want to reclaim Taiwan.

In the same way they learned to view Japan as an enemy, they learned and embraced the belief that Taiwan must come home–one way or another.

Curt Mills quotes Gordon Chang who asserts that the Olympics could be part of what spurs war–not the current Olympics in Japan, but the games slated for China next year.

“The risk of a Chinese invasion—India, Taiwan, Japan, whatever—increases after the Beijing Olympics next year,” said Gordon Chang, a senior fellow at the Gatestone Institute. “The fear of a boycott of the February’s Games, it appears, is one of the few things keeping Xi Jinping in check at the moment. This, of course, is not to say he won’t do something awful before then as he calculates his interests and views the world differently than the rest of us.”

Since China’s new administration took over in 2013, China has turned up the volume on its claim to Taiwan as well as some parts of Japan.

In a recent media broadcast, the CCP government announced that its promise not to employ “first-use” nuclear weapons was off the table if Japan were to join the US in defending Taiwan, implying the Chinese military intends to play its hand soon.

China has also disputed Japan’s sovereignty over the Senkaku Islands last summer and continues to send fishing boats and military vessels into Japanese waters around the islands. The number of ships increased this year.

The Senkaku Islands are close to Okinawa. One Senkaku island is a mere 250 miles from Okinawa, the US base in Japan, and the islands were previously considered part of the Okinawa Prefecture, clearly recognized as Japan’s according to international law.

War drums are beating on that side of the world. The crackdown in Hong Kong was only the beginning.

“You will hear of wars and rumors of wars, but see to it that you are not alarmed. Such things must happen, but the end is still to come. Matthew 24:6~

This rattling of sabers might be the beginning of the end. Or maybe not. No matter. When we hear of wars and rumors of wars, we are not to fear.

We are to pray. To watch. To keep faith.

Lord, keep us faithful to truth and what is right.