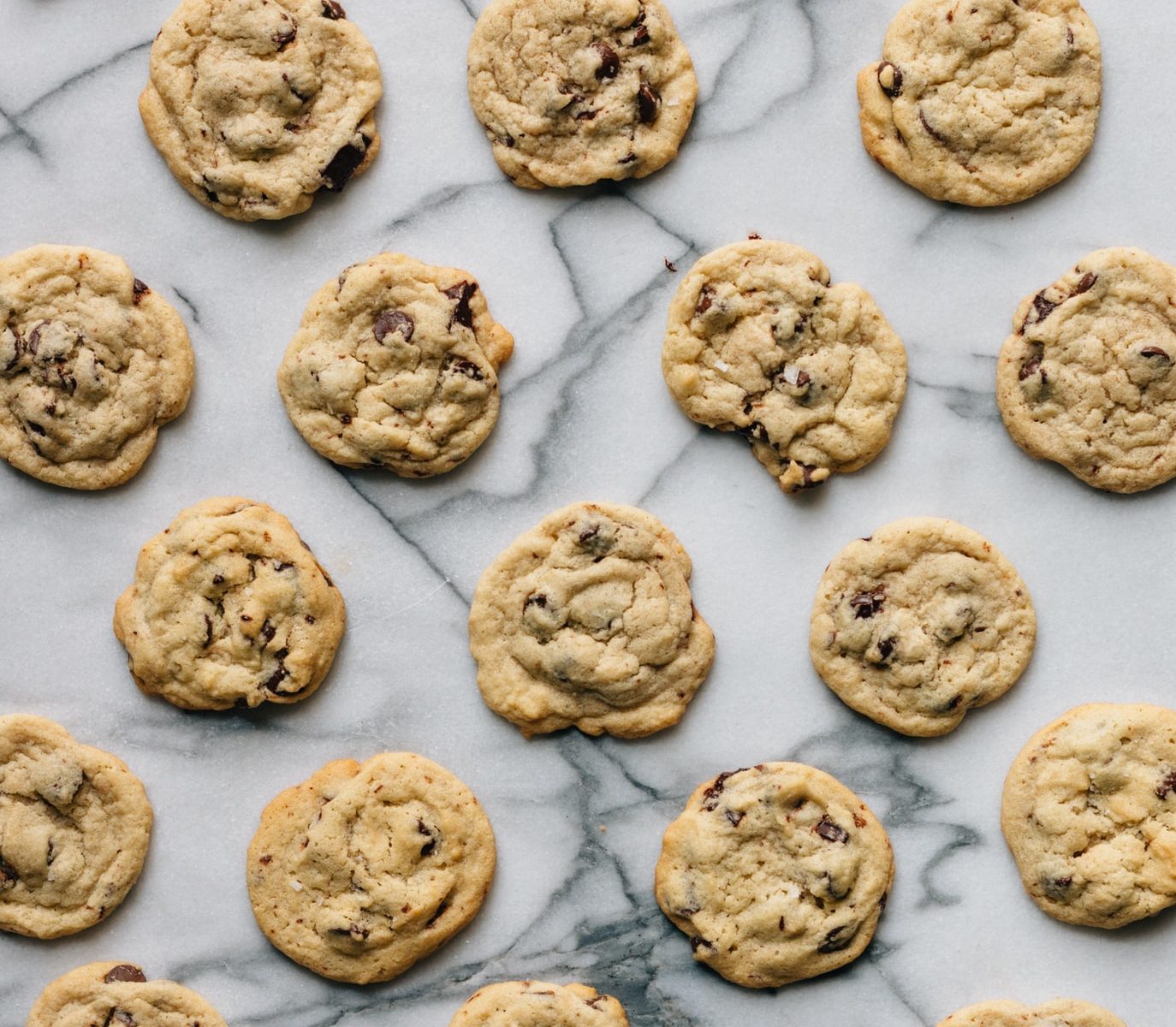 Last year, I didn’t bake cookies for Christmas. I came down with COVID just before mid-December.

Since neither my husband (He had it too.) nor I could taste our food, and other family members were concerned about contagions, I didn’t have much reason to make treats.

Paul and I found it odd that we could imagine flavors based on the texture of the foods we put in our mouths.

The buttery saltiness of creamy mashed potatoes was a mental conception, an abstraction of memory. As the New Year dawned, our sense of taste began to return.

When I was ten, my mother let me lose on my own in the kitchen. In the cooler weather of fall, I’d bake on Saturday afternoons. She watched football. I have the sense she considered cookie production a chore and was glad to have me step into the role.

When I became a mother, my own little ones took their responsibility to taste-test seriously. As they grew, they developed favorites, and traditions took shape.

What hadn’t improved much over the years was the kitchen.

After my children had grown, one of my daughters realized a local home improvement company was sponsoring an “ugly kitchen” contest. She photographed the room where she had taste tested cookies hoping we could win some free renovations. (Some other poor soul won, apparently having endured a kitchen worse than mine.)

Even so, I remember the wonderful feeling I got entering the “ugly”, poorly equipped heart-of-home to bake cookies one holiday season. I thought, “It feels good to be here.” Good memories overcame limited resources.

In years since, my husband has made significant improvements. Counter space is now sufficient. The children gifted us with a larger mixer to replace my hand-held device. The room is still a pleasant place in which to bake, now convenient and not in danger of qualifying for an “ugly” contest.

After last year without baking, I was eager to get back to it. First out of the oven were cookies to go to the troops through our local Armed Forces Mothers chapter, an event COVID cancelled last year. The Monday after Thanksgiving, packed boxes winged their way to those serving our country. Last week, my great-niece notified me that her box had arrived much to her delight.

Next, I moved to the eight cookie trays for Christmas Day. One for each family household, one for the Christmas gathering, and one for our own table.

Certain recipes are the norm, but this year I added chocolate chip oatmeal at the request of a granddaughter. Something different mixed in with our traditions.

Traditions call us to memory and wonder. The flavors and aromas of Christmas remind us of our early realization of what Christ’s birth means. I go back to the Christmas Eve service of a particular year, to the manger scene under the trees of my childhood, back to the home where I first bowed my head in prayer, when I first began to seek Him.

We wonder at this holiday, part of history now for more than 2,000 years, transformed, to be sure, from its early days to a commercialized version of gadgets and trinkets.

But only if we let it become so.

Every Christmas reminds us that our Savior came as a baby to grow into a Man who would save us from our sins. Christmas calls us to remember all Christ has done for us.

Emmanuel, God with us.