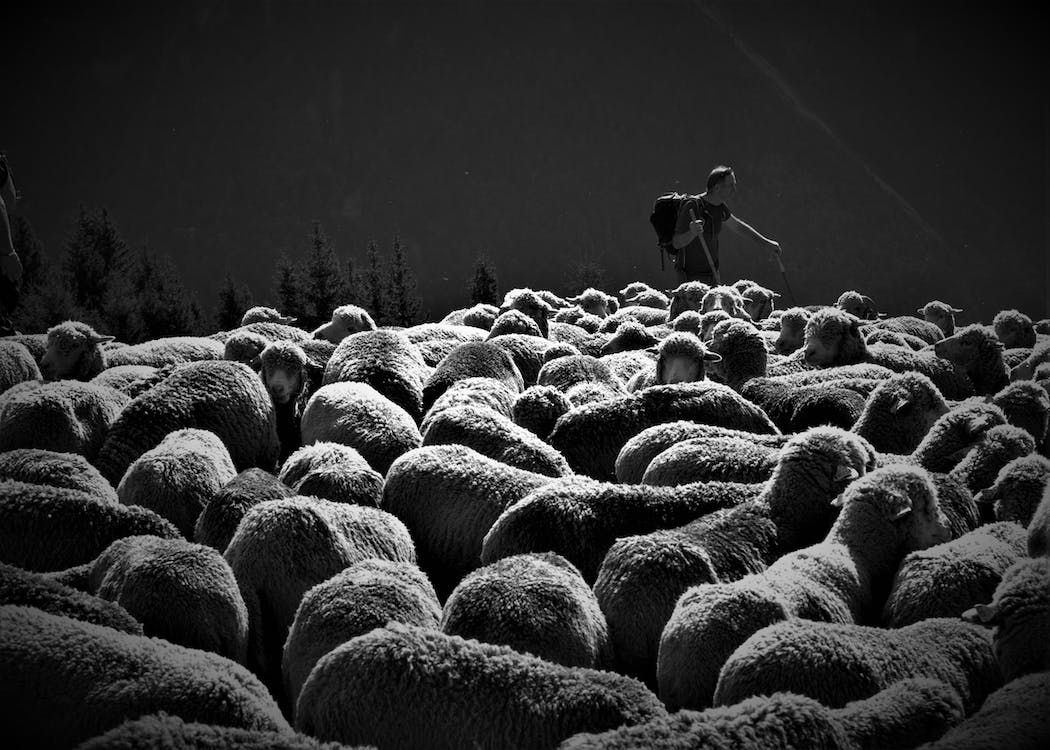 And it came to pass in those days, that there went out a decree from Caesar Augustus that all the world should be taxed. (And this taxing was first made when Cyrenius was governor of Syria.) And all went to be taxed, every one into his own city.

And Joseph also went up from Galilee, out of the city of Nazareth, into Judaea, unto the city of David, which is called Bethlehem; (because he was of the house and lineage of David:) To be taxed with Mary his espoused wife, being great with child.

And so it was, that, while they were there, the days were accomplished that she should be delivered. And she brought forth her firstborn son, and wrapped him in swaddling clothes, and laid him in a manger; because there was no room for them in the inn.

And there were in the same country shepherds abiding in the field, keeping watch over their flock by night. And, lo, the angel of the Lord came upon them, and the glory of the Lord shone round about them: and they were sore afraid.

And the angel said unto them, Fear not: for, behold, I bring you good tidings of great joy, which shall be to all people. For unto you is born this day in the city of David a Saviour, which is Christ the Lord.

And this shall be a sign unto you; Ye shall find the babe wrapped in swaddling clothes, lying in a manger.

And suddenly there was with the angel a multitude of the heavenly host praising God, and saying, Glory to God in the highest, and on earth peace, good will toward men.

And it came to pass, as the angels were gone away from them into heaven, the shepherds said one to another, Let us now go even unto Bethlehem, and see this thing which is come to pass, which the Lord hath made known unto us.

And they came with haste, and found Mary, and Joseph, and the babe lying in a manger.

And when they had seen it, they made known abroad the saying which was told them concerning this child.

And all they that heard it wondered at those things which were told them by the shepherds.” Luke 2:1-18, KJV.

It happened just like that. I’m a shepherd. I was there.

The sheep have to be perfect, not a blemish anywhere on them, and not older than a year. Only males qualify for sacrifice. And they have to be born within five miles of Jerusalem. That’s how far Bethlehem is from our great city of worship.

The Roman historian Josephus figures that more than 265,000 sheep go to sacrifice every Passover at the Jerusalem temple. That doesn’t count Yom Kippur, the day of atonement, or wealthier people sacrificing a lamb upon the birth of a child.

Aside from the excitement of seeing the sky light up and the angels proclaiming the message we’ve waited hundreds of years to hear, what really caught our attention was the swaddling cloths.

You see, when a perfect lamb is born, we wrap him in swaddling cloths to keep him from hurting himself, getting a scar, and barring him for use as a sacrifice.

Another part of the message that was amazing was that the baby would be lying in a manger. A food trough for animals?

That’s not a common place to put a baby.

We didn’t have to wander around Bethlehem asking where a baby had been born that night. We just went back to the sheep tower, the Migdal Eder, the place where we inspect the sheep to make sure they’re worthy of sacrifice.

His parents must have been frustrated to find no room at the inn. But His heavenly father knew where he should be born–in Migdal Eder.

He came as a lamb.

The perfect Lamb who has come to take away the sins of the world.

14 Replies to “The Shepherd’s Story”