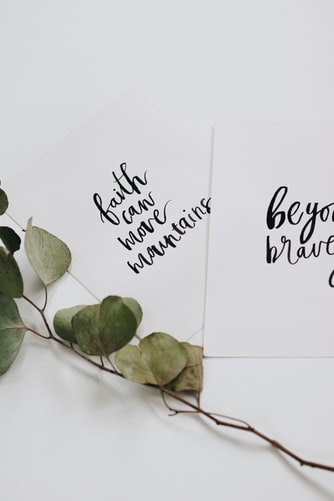 “Look how evil forces were put in our way and how Providence intervened.” Ronald Reagan~

They lived on different continents, but their lives unfolded in parallel lines that would one day intersect into friendship.

When each was eight years old, their mothers suffered a terrible illness.

As they were growing up, they both participated in acting and athletics.

They faced assassins’ bullets six weeks apart–and survived. They credited God with saving their lives–preserving them for a divine purpose.

Ronald Reagan and Karol Wytola–better known as Saint Pope John Paul II–are the subjects of Paul Kengor’s book A Pope and a President: John Paul II, Ronald Reagan, and the Untold Story of the Twentieth Century.

Kengor’s research is impeccable and deep. The book takes details that seem disconnected and draws lines between dots that no one else had yet connected.

Kengor ties those details together throughout to make a tapestry of key events that changed the world in the twentieth century.

I remember the day Ronald Reagan was shot on the way to his car after a speaking engagement. For the rest of the day, I was in front of the television.

I remember Secretary of State Alexander Haig saying, “I am in control here.”

Reagan was in the hospital and the nation wasn’t sure whether he would survive. And the vice-president–George H. W. Bush–was out of town. After the shooting and until we fully understood that John Hinckley acted alone, our military was on high alert.

Haig knew the Soviet Union. He wanted America not to look weak at a moment when we felt weakened.

The press lambasted Haig that day and beyond. How dare he assert his own authority?

What the press didn’t put together, but in this book Kengor does, is that Haig’s statement very likely was a solution to a problem he didn’t know he could affect.

That solution likely helped to prevent the Soviet Army from invading Poland.

Solidarity had disrupted Poland to the point that the puppet government had declared martial law. The Soviet military was lined up at the border much as the Chinese army today stands at the ready to invade Hong Kong.

While Haig knew the Soviet Union’s mindset, the Soviets also knew Haig’s since he had been a NATO commander in Europe.

Kengor’s research outlines interviews with a US agent who had been monitoring Soviet communications, anticipating the possibility of a USSR invasion of Poland.

After the shooting and after Haig’s statement, the communications went silent. The Soviets never invaded.

Six weeks later, Reagan was recovering from the attempt on his life when he learned that Pope John Paul II was shot in Vatican City. Their friendship grew on a foundation of shared experience.

The two men, however, shared more than similar childhood experiences, more than the experience of having been shot without deadly result.

Kengor writes that they “shared an understanding of the reinforcing relationship of faith and freedom, the importance of ordered liberty, and the evil of atheistic, totalitarian communism.”

The Haig incident is a small piece of an engaging book. Kengor shows how a Protestant President and a Catholic Pope worked together and separately to defeat what President Reagan called the “evil empire.”

Kengor shows us what Reagan called the DP–the Divine Plan–which saved two lives evil had marked for death–two lives destined to meet and change the world.

There is a divine plan still today. Perhaps you and I play a bigger part in that plan than we realize. Perhaps no one will write a book that lets people know how the dots of your life and mine connected to change the world.

But if we have hope and faith and never quit, the world will change for the good.

“I plead with you–never, ever give up on hope, never doubt, never tire, and never become discouraged. Be not afraid.” Saint Pope John Paul II~