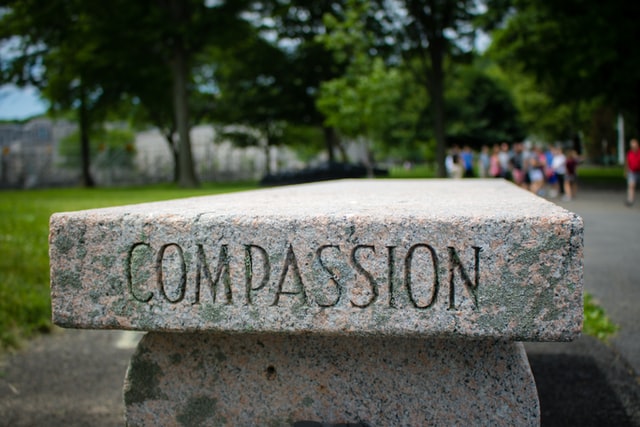 “Even biology tells us that a high degree of habitual well-being is not advantageous to a living organism.” Alexander Solzhenitsyn

Imagine being in a terrible place. The food is beyond bad. The clothing is inadequate. The weather is unbearably hot in the summer and way below what we in the continental United States consider cold in the winter. The work is hard, menial, and endless.

Then imagine you get to go to a better place. The food is better. You can be warm in the winter. You’re not afraid you’ll die from the bad treatment.

After spending years in a Siberian gulag, he went where the Soviet government was doing research. In the 1940s, they wanted Solzhenitsyn to help them develop voice recognition technology. If he didn’t cooperate, they would send him back.

“Even in the camps, human dignity matters,” says Ignat Solzhenitsyn, Alexander’s son who tells the story of his father’s choosing discomfort over betrayal of his fellows. “We always have choices. Even in the camps. Even where everything is decided for you. What clothes you wear, what food … you’re given, and everything is regimented. There is always the choice to behave with freedom and a sense of dignity.”

And that statement can apply even more deeply to Christians.

Rod Dreher writes: “The Christian life, properly understood, cannot be merely a set of propositions agreed to, but must also be a way of life. And that requires a culture, which is to say, the realization in a material way—in deeds, in language, in song, in drama, in practices, etc.—of the propositions taught by Christianity. To be perfectly clear, at the core of all this is a living spiritual relationship with God, one that cannot be reduced to words, deeds, or beliefs, (emphasis his).

With little fanfare from the mainstream media, the Washington Supreme Court [in 2017] . . . unanimously sided against Barronelle Stutzman, a 71-year-old florist who refused to provide flower arrangements for a same-sex wedding.

Stutzman battled the legal challenge, which threatened to relieve her of her life’s work and earnings, including her home.

She appealed to the US Supreme Court. A ruling favorable to religious freedom seemed unlikely since the court had already refused to hear an appeal from a New Mexico photographer, also sued for refusing service for a same-sex wedding. These cases are a harbinger of things to come.

Dreher: “Traditional Christians ought to see Barronnelle Stutzman as one canary in the coal mine (and there are many). The State of Washington, the ACLU, and two gay plaintiffs are trying to crush her, financially and otherwise. They may succeed in taking away her livelihood and then bankrupting her. . . . Whatever happens to her, they will not take away her faith and her dignity. She is a rock.”

And Stutzman’s faith has been rock-like. She has consistently reached out to those who oppose her with Christian grace and love.

It’s naive to think that this issue will never land at the doorstep of our churches and private schools.

The SCOTUS ruling legalizing same-sex marriage would seem to reassure churches that in the pulpit religious freedom is secure. But the devil may be found in the details of the local laws that made a florist a civil defendant.

America has reached a point where the primary social imperative is the personal impression of the individual. This impression now trumps all. And it didn’t just begin with same-sex marriage. It’s been going on for quite some time. We have largely looked the other way as moral foundations of life and marriage cracked then crumbled.

Along the way, the Church or at least pieces of it have twisted themselves into pretzel-like contortions trying to—as many might put it—stay relevant.

“50 or 100 years ago, [conservative Christians] were convinced to broaden verses like “there is neither Jew nor Greek, neither male nor female in Christ” (Galatians 3, Colossians 4) to justify our support of progressive agendas like feminism, while passing over other verses about sexual roles in the church, family, and society (1 Peter 3, Ephesians 5, Colossians 3, 1 Timothy 3, Romans 1, 1 Corinthians 11…). This led us down a road that converged with the Enlightenment’s view of the individual.” David Goodwin

We stopped asking God what He wants for us and began to ask ourselves what we want. And that became our priority.

We have reached a line we cannot cross and still remain the Church because crossing that line would mean we have become something else, no longer the Church. Crossing the line means becoming a false church with a false gospel. The one that tells you it’s okay to worship yourself.

Baronnelle Stutzman is here to serve Him. Even if it costs her everything. And perhaps it already has.

Stutzman’s lawyer Kristen Waggoner says, “This denial paves the way for Washington State and the ACLU to financially ruin Baronnelle.”

The picture is not optimistic. But we are not without hope.

The world rushes in with its noise and threats of coming persecution. We can set ourselves apart—even in the midst of chaos and decadence. We can be the people of hope who shine light in darkness. But only if we stand in the light against the darkness. And we can know we do not stand alone.

And if we do stand, we may see that the American left has overplayed its hand.

He said, “You can resolve to live your life with integrity. Let your credo be this: Let the lie come into the world, let it even triumph. But not through me.”