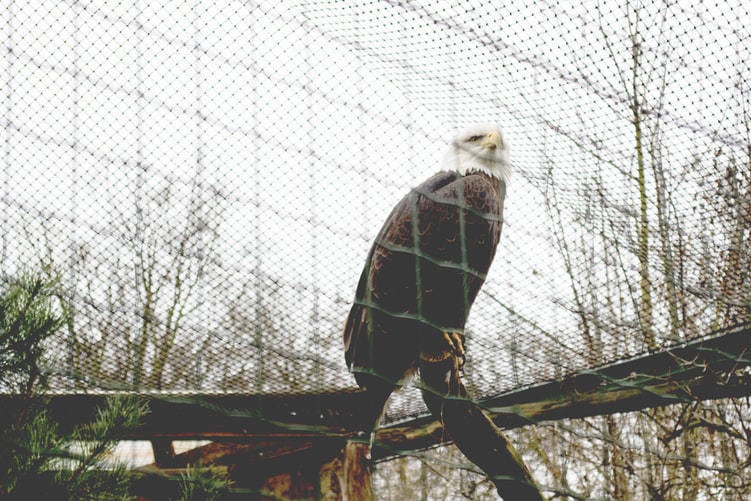 “There you are, Ivan Denisovich, your soul is begging to pray. Why don’t you give it its freedom?” (161)

In One Day in the Life of Ivan Denisovich, author and Soviet dissident Aleksandr Solzhenitsyn presents Ivan, a man yearning to be released from the Soviet gulag. Near the end of the one day the book depicts, Ivan has a conversation with Alyosha, a Christian whose joy defies the prison atmosphere.

In their exchange, Ivan acknowledges the existence of God but he’s seen corruption in the church. Alyosha replies, “It’s because their faith is unstable that they’re not in prison.” Only those with steadfast faith go to jail.

Only the faithful pay a price.

As the conversation continues, Ivan questions the power of prayer. “However much you pray it doesn’t shorten your stretch. You’ll sit it out from beginning to end anyhow.”

What Alyosha says in response is surprising. Stunning, in fact.

“Why do you want freedom? In freedom your last grain of faith will be choked with weeds” (163).

Now there’s a thought that seldom creeps into the minds of American Christians. For more than two centuries, America has been the land where faith is free. There is little if any cost. We only see advantages to our freedom, never disadvantages.

Right now religious freedom in America hangs in the balance between two ways of thinking.

We are not quite one vote away from the gulag. But we may be closer than we realize to losing our freedom to speak and write, to proclaim Christ without cost. The threat that stands in the shadows now is our right to stand on the moral ground shaped through the blood and tears of martyrs, missionaries, visionaries, and great heroes who came before us.

One was William Wilberforce, who devoted his life to the abolition of slavery in the British Empire. Dietrich Bonhoeffer was a pastor who resisted the Nazis in Germany. One of his co-conspirators was Claus von Stauffenberg, who planned the assassination attempt on Adolf Hitler. Maximilian Kolbe gave his life to save a prisoner he never met before. Mother Teresa cared for the poorest of the poor. The list goes on and dates back to the earliest days of the Church.

These heroes lived in different times; they faced different challenges. All of them made great sacrifices for their faith. Those who lived with less freedom than we know still spoke, still acted.

Someday, religious freedom may be no more in America. But make no mistake, we will still be free. We will still be able to speak, write, petition, proclaim. The only difference is that, then, doing so will cost us.

I remember something a friend quoted to me by Allen Boesak many years ago: “When we go before Him, God will ask, “Where are your wounds?” And we will say, “I have no wounds.” And God will ask, “Was there nothing worth fighting for?”

Our times are troubled. There are reasons to worry. But there are more reasons not to worry.

Alyosha said, “Of all earthly and mortal things Our Lord commanded us to pray only for our daily bread” (162).

Ask for daily bread. Thank Him when it comes.
And leave the rest to Him.