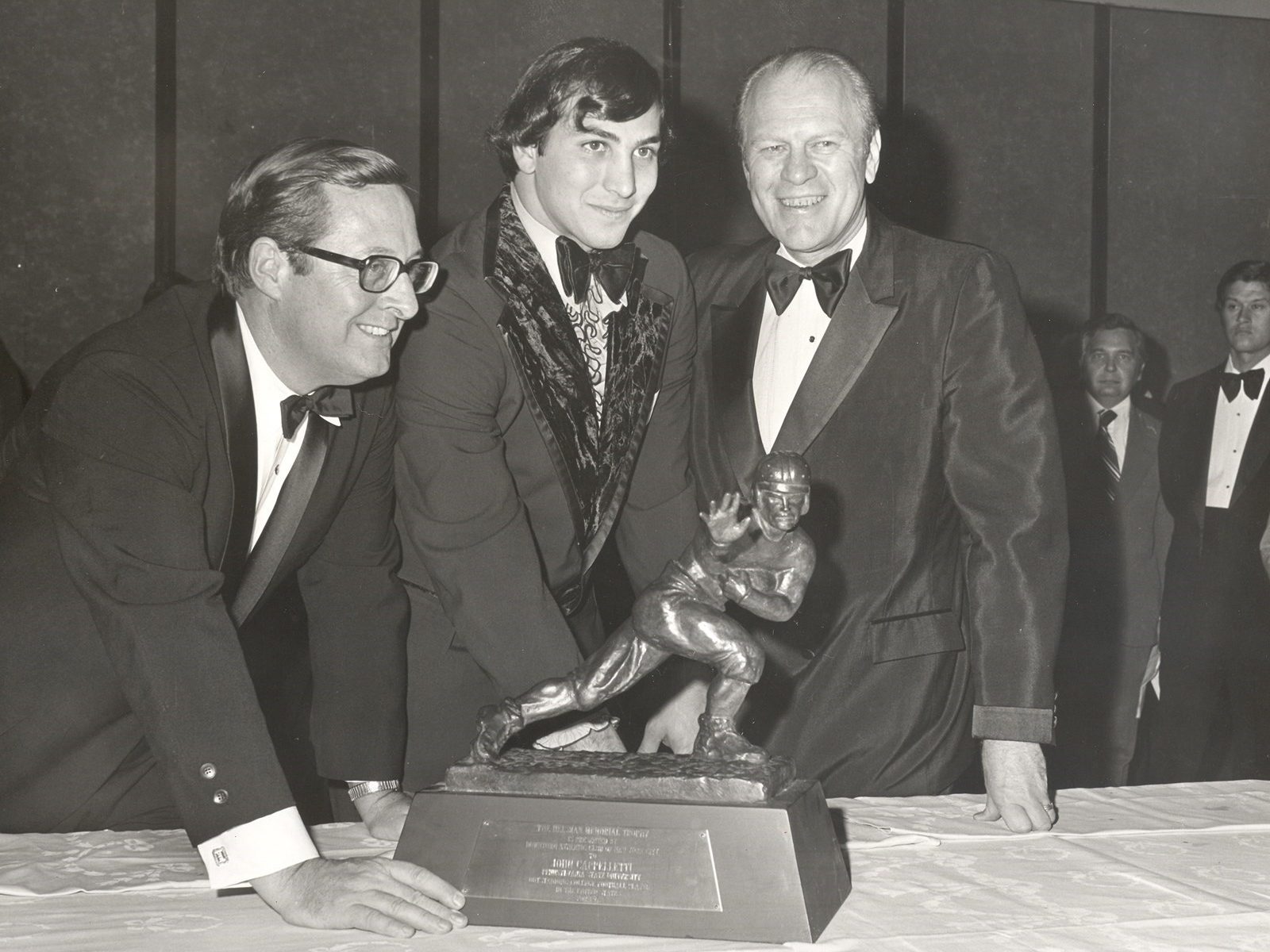 “The Lord is close to the brokenhearted
and saves those who are crushed in spirit.” Psalm 34:18 (NIV)

I wanted to entertain a bored grandson when I thought of the movie. The boy was intrigued because I said the football scenes were actual footage from Penn State’s games in the early 1970s.

Before long the story grabbed him. The movie, like all sports movies, wasn’t about a game as much as it was about something much larger. Character, sacrifice, love, family, and even suffering.

The movie was Something for Joey, the story of John Cappelletti’s quest to be the first Penn State football player to win the Heisman Trophy. But, as I said, it’s more than that.

The crux of the story is an internal conflict John and Joey’s parents felt. Joey’s mom and dad had signed him up for experimental treatment for leukemia. Of course, they wanted their son to live.

At one point, their mother lost hope. She decided to pray for Joey to die “because if Joey has to die, I’m going to ask God to let him die now so he won’t suffer anymore.”

But Joey didn’t die. Joey’s journey through illness continued. It had ups and downs. But every time John had a game, Joey was up. Their mother encouraged John to devote himself to playing well because it meant so much to Joey.

In his Heisman Trophy acceptance speech, John gave his trophy to Joey since “it’s more his than it is mine because he’s always been such an inspiration to me.”

It seemed like the film had reached its highest point. But when the actor portraying Archbishop Fulton Sheen stepped forward to give the benediction, it went higher yet. Sheen did something I’ve never heard of anyone else in his position ever doing. Instead of praying, he made a brief statement that is probably more memorable than a prayer would have been.

He told the audience that perhaps for the first time in their lives they had “heard a speech from the heart rather than from the lips.

“You have heard that triumph is made from sorrow. That John was made in part by Joseph. I was supposed to pronounce the blessing at this point, but you do not need a blessing tonight. God has blessed you in the person of John Cappelletti.”

I love this story partly because I remember it unfolding. I remember the hubbub when Cappelletti won the Heisman. I remember the news coverage the day after he gave his acceptance speech. A speech that brought a roomful of celebrities and big league athletes to tears. I remember the radio relaying Sheen’s statement.

And later I remember hearing that Joey had died.

His young life and his suffering had not been meaningless. He had blessed his family. And through his suffering, he helped shape their love and their souls. And now through book and film, the story lives on to inspire us.