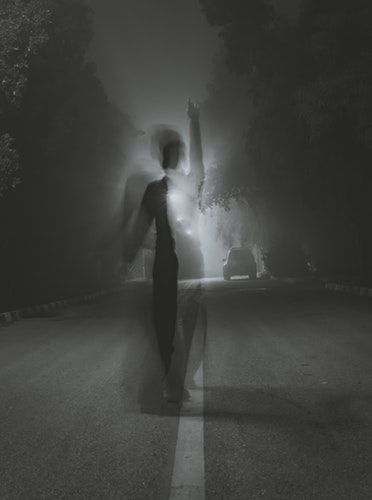 I had a strange dream many years ago. Many aspects of it are unusual; the most unusual might be that I remember it so well. My dreams are usually as fleeting as the smoke from a blown out candle.

I was a young mother then. Only two of my five children had been born. In my dream, it was nighttime and I was lying down in the backseat of a moving car. I don’t know who was driving. Perhaps the car was moving of its own accord.

I was on my way to a nearby town–at the time the only place locally where abortions happened. The entire dream was comprised of the two car rides–going there and coming back. The whole way there, I knew that this something had to happen. “I have to do this,” my dreaming inner self said. Ironically, I had the sense that I had no choice.
Then there was the ride home. Nothing in between. No light of the hospital hallways. No smiling or frowning nurse. No doctor reassuring me or disregarding me. No procedure itself.

There was just a ride home in which I felt only regret. As deeply as I felt the opposite conviction on the way there, I felt so profoundly–“I didn’t have to do that.” I awoke with a horror that indelibly impressed the dream in my mind.

For many women, my dream is reality. I only dreamed it. They’ve lived it.

The study further claimed that there is “no evidence of widespread post-abortion trauma syndrome. But it ignored “linkage studies” that showed “an elevated risk of psychiatric admissions following abortion or elevated rates of suicide. Instead, their assessment . . .[was based on] just six emotional reactions they associated with their abortion: relief, happiness, regret, guilt, sadness and anger.”

A similar study claimed 80 percent were happy with their decisions to abort. But 76 percent were determined never to have another abortion. It was an experience they would choose never to repeat.

Ramah International reports that many women suffer guilt, numbness, suicidal thoughts, and the inability to bond with their other children after abortion. With one in four women in the US experiencing abortion, that’s a great deal of trauma and lack of family connection.

Crisis pregnancy centers help people (not just mothers) who are dealing with the ramifications of a surprise pregnancy–no matter how it ends. They also help with post-abortion counseling.

Women who have abortions suffer from trauma. Those around them suffer too. For those who favor abortion, that trauma is a secret they prefer to keep.

But many have turned against the pro-choice view. Abby Johnson is notable today because of the movie Unplanned. But Bernard Nathanson had been a pioneer of abortion in the 1970s. He became pro-life before he became a Christian. And Carol Everett had also done abortions. She now speaks against the “pro-choice” perspective. There are others.

Human life is sacred. All of it. Born, pre-born and clinic workers too. Violating that sanctity causes trauma to all involved.

There is healing in Christ. That’s where Johnson, Nathanson, and Everett found it.

Our prayers can help more find that healing too. Today is Day 37 of 40 Days for Life. It’s not too late for you to participate.

Call out to God for the babies, the abortion workers, the mothers, the fathers, and other family members abortion wounds.

Our great God hears and answers.