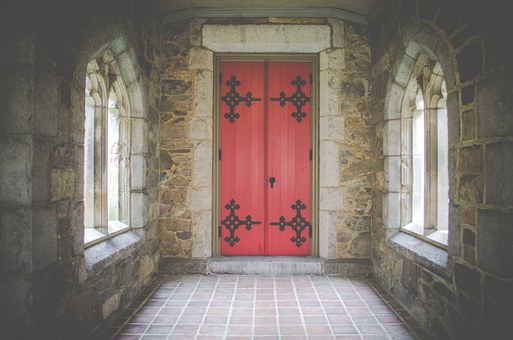 “While there are many secondary issues genuine believers will continue to debate this side of eternity, I have and will always champion what C.S. Lewis called mere Christianity. ‘In essentials unity, non-essentials liberty, and in all things charity.'”  Hank Hanegraaff
Hank Hanegraaff recently joined the Greek Orthodox Church. His change of congregation has caused a great gasp in some corners of evangelical Christianity. A voice of evangelicalism through a syndicated apologetics radio program, Hanegraaff and his wife on Palm Sunday were accepted into the Greek Orthodox Church.
He’s walked away from Christianity! He’s gone from grace to works! That’s the view many have of anyone who moves from evangelicalism to a liturgical tradition–especially to Catholicism or Orthodoxy.
But lately, many have changed pews, some, like Hanegraaf, moving from evangelical to liturgical and others from liturgical traditions to under the steeples of evangelicalism.
My two favorite authors illustrate this point. Eric Metaxas came to evangelical Christianity from Greek Orthodoxy. And Rod Dreher came to Eastern Orthodoxy from Methodism.
Now Hank Hanegraaff, the Bible Answer Man, has followed Dreher’s route–to Orthodoxy. And some are horrified. END_OF_DOCUMENT_TOKEN_TO_BE_REPLACED