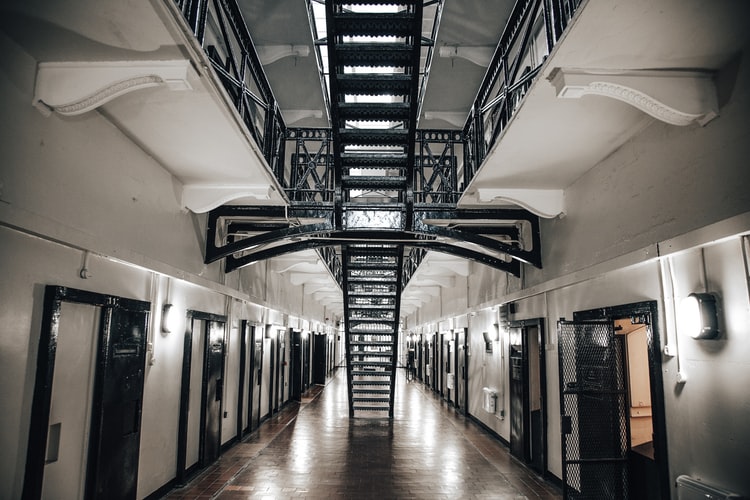 “Abortion thwarts the most basic of paternal impulses – a man’s instinct to protect his children.” Thomas W. Strahan

There is a Planned Parenthood facility in Montgomery County, Texas, that was the special focus of prisoners in the local jail during a recent 40 Days for Life campaign.

Forty Days for Life was meeting outside the PP at that location from 7 am to 7 pm daily during these 40 days.

But one of the participants also volunteered in the chaplaincy program at the local jail. He went to see whether the inmates of faith would be willing to cover the other 12 hours of each day in prayer.

A few days later he “returned to the Wynne unit and the offender heading up the unit prayer vigil gave me the sign-up list.  It turned out to be 12 pages full of names.  As I examined the list in semi-shock and asked several questions, I realized that each man on the list had agreed to pray for one hour each day for the whole 40 days. For example, 16 men are praying every day from 7 PM – 8 PM for the whole 40 days. Again, 16 different men from 8 PM – 9 PM.  15 men signed up for 3 AM – 4 AM and so it goes. Every hour is covered with at least 10 men who signed up to pray.”

Gardner believed many prisoners suffered from PTSD because of their involvement in abortions. Her research and instincts found support when “an anonymous survey issued to the inmates at both of the prisons [Martin and Okeechobee in Florida] indicated that 90 percent had been involved in an abortion experience that hurt them. . . .”

She says, ” “It’s not what you think about men in prison. They longed for their children and somehow recognized that life went wrong after their abortion experience.”

It doesn’t seem like a natural progression of logic that men would find themselves in prison as a result of abortions in their lives.

After all, these men had histories before and after their abortion experiences that may also have contributed to their incarceration.

It didn’t seem like a logical connection to the men either–at first. “Many men are unaware that their emotions are the direct result of an abortion experience,” according to Gardner.

Emotional wounding comes from all sorts of trauma. But with nearly 62 million abortions happening in the US since Roe v. Wade in 1973, it’s time to acknowledge that the wounding is widespread.

Gardner’s program includes multiple classes. Men learn how to deal with the pain of the past. They find healing. They experience, she says, the healing power of God.”

Only God can form such a brotherhood. Only God