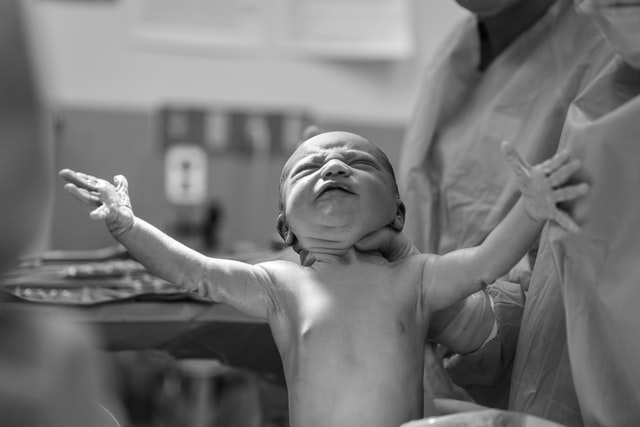 “(Live births) are little known because organized medicine, from fear of public clamor and legal action, treats them more as an embarrassment to be hushed up than a problem to be solved. It’s like turning yourself in to the IRS for an audit. . . .What is there to gain? The tendency is not to report because there are only negative incentives.”~

My son had received THE phone call. As a member of the US Army Reserves in 2003, he was to report for deployment to Iraq.

We scrambled around the next day packing and letting family and friends know. Then my husband, my daughter, and I headed with my son to Meadville, Pennsylvania, where he would report.

After a meeting for the troops and family members, we headed to a restaurant where we stood in line waiting to be seated. A man in front of my son turned around to ask him whether he would deploy soon. Upon my son’s “Yes,” the man reached out to shake his hand. As he did so, he placed $20 in my son’s hand and said, “Let me buy your dinner.”

I told my son, “You just joined the biggest fraternity in the world.”

We feel a kinship with people who share, or are about to share, our experiences. We understand how they feel in a way others without that experience cannot.

When Melissa Ohden was born she joined a club of abortion survivors.

They (the media and those in the abortion industry) called such situations the “dreaded complication”–a baby born alive who was supposed to be dead.

Like Melissa, Gianna Jessen was also a survivor. She emerged alive at seven months gestation from a saline abortion–the now outdated procedure in which an abortion doctor injects a salt solution into the amniotic fluid to burn and poison an unborn child to death.

Gianna was born in 1977, the same year Melissa also survived a saline abortion at 31 weeks gestation.

They wouldn’t meet for decades. But Gianna’s story helped Melissa heal from hers.

In her book You Carried Me, Melissa recounts the pain she suffered at learning at age 14 that someone who should have cared for her had intended her death.

Melissa had been “flipping channels on the television” and “stumbled across” an interview Gianna had done. She writes, “I’ll never forget her words: ‘It’s not that I’m mad at my birth mother at all. I forgive her totally for what she did.'”

And Melissa began to understand “If she could feel that way, maybe I could too.”

Melissa’s book tells the story of her quest to find her birth mother. She found great healing in finally learning that the woman who bore her really did want her. Melissa’s grandmother had coerced her 19-year-old daughter Ruth that fateful day in 1977.

Ruth had not desired Melissa’s death. Melissa had been wanted.

Ruth had believed for more than three decades that her child had not survived that day. She had spent the interim “with tremendous guilt and self-loathing because I thought my child had died in the abortion.”

There is much more to Melissa’s story. But such happy-ending accounts may not happen much in the future.

Saline abortions are outdated today because they had a high “failure rate.”

Willard Cates estimated that, in 1981, “400 to 500 abortion live births occur[red] every year in the United States… literally an everyday occurrence.”

In the state of New York, it is now legal for abortion doctors to administer lethal injections as part of the abortion process to kill the unborn. Babies like Melissa, like Gianna, like even older babies, who could otherwise survive abortion.

New York’s and Illinois’s expansive abortion laws of 2019 removed protections for born alive infants. Many states have no protections in place.

We understand there are medical emergencies. Sometimes a pregnancy must end early. But late-term babies who need to come early don’t have to be born dead–unless someone wants them dead.

“OB/GYN Anthony Levatino, a reformed abortionist, recently testified before a subcommittee of the US House of Representatives: ‘During my time at Albany Medical Center, I managed hundreds of such cases [life of the mother at risk] by ‘terminating’ pregnancies [via live delivery by C-section] to save mothers’ lives. In all those hundreds of cases, the number of unborn children that I had to deliberately kill was zero.’”

Gianna and Melissa are part of a very special club. Both speak out for life–as does Ruth.

According to the CDC, a few children still manage to survive abortion. But “the number is still likely underreported.” Unreported living babies are often left to die–or worse.

“According to research conducted by Family Research Council, only fifteen states provide strong protections for born-alive abortion survivors, and only eight require reporting on infants who survive abortion.” (For a map showing protections or their lack in US states, click here.)

At the federal level, bills protecting babies born alive after abortion failed three years in a row from 2019 to 2021.

For many women in situations like the 19-year-old Ruth once experienced, the club is not big enough.