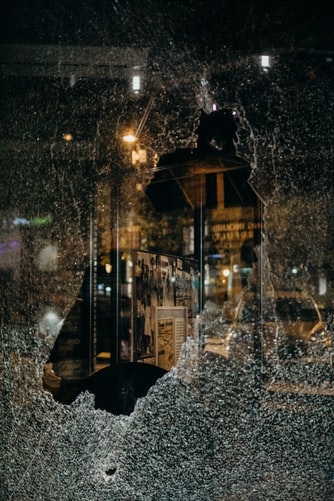 In the summer of 2020, we have watched as rioters beat people and destroyed property in America’s biggest cities.

Often local officials have looked the other way or downplayed the seriousness of events that, until recently, were more often found in war zones than in American cities.

Law and order sometimes seem like Wyatt Earp and his fellows bringing peace to Tombstone–something of the past.

Twenty-twenty has brought remarkable challenges. But the issues our cities face didn’t just come to the forefront this year.

In at least one Pennsylvania city, law and order were lacking before this past January 1.

In 2019, the state legislature bestowed authority for prosecuting crimes in the City of Brotherly Love–Philadelphia–on the state Attorney General. The Democrat governor signed the bill. The legislature acted because the Philadelphia district attorney refused to prosecute certain crimes–both gun and drug-related.

The Intercept reports: “The maneuver by Pennsylvania lawmakers is the most significant legislative pushback to date against the new movement by criminal justice reformers to focus on seizing the power of the prosecutor, rather than hunkering down as public defenders or lawmakers. One of the key powers of a prosecutor is to decide when to bring charges and, critically, when not to. The new law means that even if [Philadelphia DA] Krasner decides to exercise the latter power and not bring charges, the police could go directly to the attorney general to pursue the case regardless.”

That sounds like a great plan except when the state’s highest prosecutor, Josh Shapiro in this case, is on board with the district attorney who won’t prosecute, Krasner.

Shapiro’s reaction to the bill?

“I didn’t seek this law and I didn’t advocate for it … And it doesn’t change anything.”

Shapiro further commented that he would seek repeal of the law.

Shapiro aspires to be the Keystone State’s next governor and eventually President of the US, so he crisscrosses the state showing up for drug busts to further the impression that he actually is a law and order kind of guy.

In the meantime, he’s also taken the time to sue the Little Sisters of the Poor who refuse to provide abortion and contraceptive coverage to their employees.

Perhaps he can’t take the time to notice the Philadelphia murder rate is soaring.

And for whatever reason, most media have beat the drum about drug busts but ignored Shapiro suing the sisters and rebuking the legislature and governor over his new powers to prosecute in the state’s biggest city.

The situation that produced the new law apparently isn’t limited to Pennsylvania. There is no shortage of prosecutors failing to prosecute those in great need of prosecution.

I’m not sure which voting block is disinterested in increasing homicide rates in big cities.

The people living in our cities need law enforcement to do its job–to protect and preserve human lives.

No society can stand in the face of chaos and murder.

America will not be an exception.