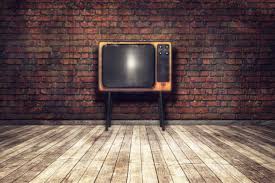 “In a post-Christian culture the dominant worldview is not longer founded on Christian principles. . . The Church no longer shapes the culture. . . . In a very real sense, this ‘post-Christian’ world is coming full circle to resemble the pre-Christian world.” From Seven Revolutions: How Christianity Changed the World and Can Change It Again, Aquilina and Papandrea, 23.
In the 1950s and 60s we made room for Daddy and Father knew best, but Donna Reed’s version of Mom held her own as did Lucille Ball’s.
Entertainment mirrors society. As the family is the foundation of a Christian culture, so it was in the land of television more than half a century ago. But in the late ’60s and into the ’70s, as America turned away from devotion to God, television lost its devotion to family.
In the 1970s Archie Bunker was a cartoonish father who did not know best. Television celebrated the single woman with Marlo Thomas’s That Girl and Mary Tyler Moore’s self-named series. Men were accessories, not necessities. END_OF_DOCUMENT_TOKEN_TO_BE_REPLACED