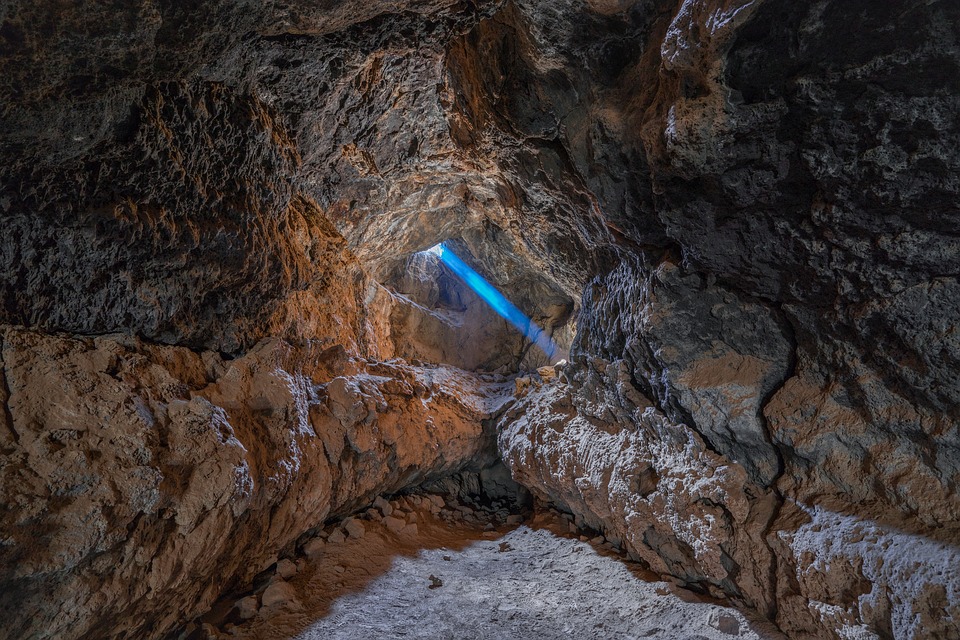 The man’s eyes adjust to the sunlight. He finds his way. And he decides to reenter the cave and tell the others still in bondage there what he has discovered. They are only looking at shadows.

But they are content. They call him a lunatic. They know what is real. It is right in front of them. Plain as day. They stew in the darkness of the cave.

British writer G.K. Chesterton pointed out that one man who was born in a cave grew up to an unjust death. Then He emerged from his cave tomb. At no point did his eyes need to acclimate to the light. He had created it. He spoke it real and it became reality. The man’s birth in a cave, and His emergence from another, marks a division in the history of humanity. In this “second half of history”:

“There is even a shadow of such a fancy in the fact that animals were again present; for it was a cave used as a stable. . . . It was here that a homeless couple had crept underground with the cattle when the doors . . . had been shut in their faces; and it was here beneath the very feet of the passers-by, in a cellar under the very floor of the world, that Jesus Christ was born. . . . God also was a Cave-Man, and had also traced strange shapes of creatures, curiously coloured, upon the wall of the world; but the pictures that he made had come to life.”