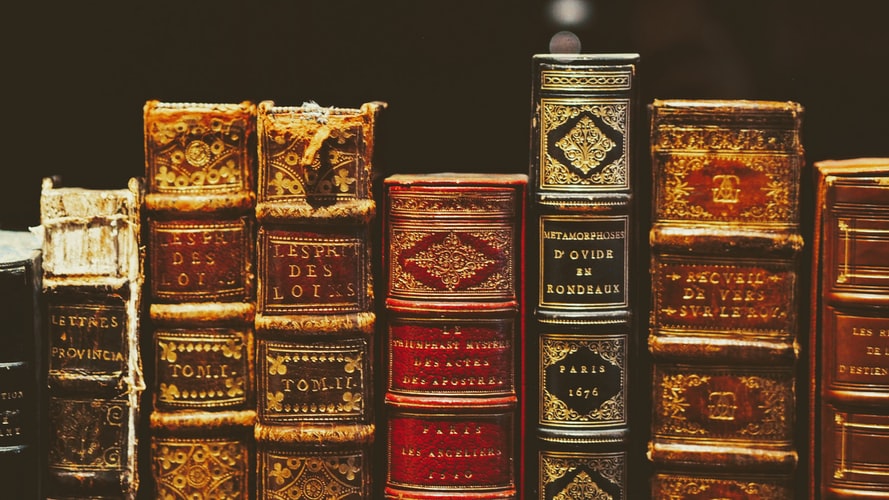 People of the past “understood history. Oral history, but history nonetheless. They revered their past and used it to educate and inspire themselves. In many ways, despite high levels of illiteracy, they were more ‘educated’ than we are today. They knew their world intimately and understood the value of what was before their eyes.” Sam Heughan and Graham McTavish

In Breaking Bread with the Dead: A Reader’s Guide to a More Tranquil Mind, Alan Jacobs tells us about Horace–a political dissident in exile. A friend bestows the gift of a farm on Horace, who, separated from the engagement he enjoyed in Rome, begins to write letters, poetry actually, to advise others–and us.

“Horace exhorts [his reader], exhorts himself, exhorts us, to shift our attention from those compulsions [our fears] toward questions that really and always matter–‘Where is it virtue comes from?’–because even by just exploring those questions, . . . we’re pushing back against the tyranny of everyday anxieties.”

It’s the everyday anxieties, the sense of the urgent, that remove us from the important. The important, virtue, often gets lost in the shuffle of where we need to go. We have tunnel vision as we focus on how to get to the goal, the finished project or the diffused crisis. The tyranny that keeps us plodding ahead as we sense we are standing still.

And when we think of virtue, it strikes us as something else to do—something that can’t fit into our already crammed schedules.

But there is an answer to this tyranny of the urgent that keeps us from the important. Heughan, McTavish, and Jacobs would point us to the past to find answers to the present, to inspire ourselves.

We find answers and inspiration in the writings of the dead.

Many, Jacobs asserts, refuse to look to the past because of a way of thinking that’s emerged in recent times.

“There is an increasing sense not just that the past is sadly in error, is superannuated and irrelevant and full of foul ideas that we’re well rid of, but that it actually defiles us–its presence makes us unclean.”

Jacobs asserts that this sense of defilement results from information overload and the sense that the “world is not only changing but changing faster and faster.” And the solution to our overload is exactly what many perceive is defiling us.

Jacobs is pushing against what the Wall Street Journal calls a “sustained effort” to eliminate Homer and a vast array of rich literature from the past. This from the Journal:

“Their ethos holds that children shouldn’t have to read stories written in anything other than the present-day vernacular—especially those ‘in which racism, sexism, ableism, anti-Semitism, and other forms of hate are the norm,’ as young-adult novelist Padma Venkatraman writes in School Library Journal. No author is valuable enough to spare, Ms. Venkatraman instructs: ‘Absolving Shakespeare of responsibility by mentioning that he lived at a time when hate-ridden sentiments prevailed, risks sending a subliminal message that academic excellence outweighs hateful rhetoric.’”

It also sends the message that young minds can’t develop to think for themselves, to discern how and why things have changed—or even that they ever changed at all. For if we eliminate the past, and make no mistake, that’s the proposal here, children will grow up only in the now.

Many children are growing up in this now that refuses to look back. Jacobs quotes Tony Tost:

“And at home, the kids only watched kid-centric YouTube channels or superhero or Pixar movies instead of suffering through dad’s weird favorite old movies. So when the kids hit elementary school, they only have ears and eyes for whatever was being marketed to their age group that year. . . Every step of their development they’ve been trapped in the pre-packaged bubble of the new.”

Imagine having little to no context for history, music, film, economics, or politics. And no one to inspire us but ourselves.

As a thirty-something English major in college in the late ‘80s and early ‘90s, I sometimes found it difficult to navigate texts like ‘The Wasteland” by T.S. Eliot. Footnotes provided biographical information about Eliot’s allusions, but not context to enlighten me about his discussion.

I left Penn State with a diploma in hand but feeling that my education had been incomplete because I lacked the classical foundation that would have made references to older and ancient works transparent.

In less than a decade, I would become a teacher in a classical Christian school where Homer was required and history revered. I wished my own children had had that education. I wished I had had it. Yet now, when I stand before middle-schoolers and high school students, I still sometimes feel like I’m showing them puzzle pieces of a picture I haven’t quite fit together myself.

For mine was the generation that began to lose the past. I got a smattering of the classical when I sat in a Catholic parochial classroom for three years between fourth and sixth grades. And I picked up bits and pieces of music, literature, and history—as silly as this sounds—from Looney Toons cartoons and Sunday evenings watching The Wonderful World of Disney.

Disney gave me a foundational understanding about what happened at the Alamo in 1836, who Daniel Boone was, and what the legend of King Arthur was all about.

Bugs Bunny introduced me to classical music like “The Barber of Seville,” and works of literature from Romeo and Juliet to Dante’s Divine Comedy to the genre of 1940s crime movies. Television networks in the 1960s provided old cartoons with public domain music to entertain us and let our parents sleep in on Saturday mornings. We got part of our education eating cold cereal in our pj’s.

And we got a great deal from our parents—both of them having lived through the Great Depression and having been World War II era veterans. My brother got more of the classical from our father who must have found the classical heroes of the past too coarse for a young girl for I have no memory of him telling me the tales.

“They were my bedtime stories,” my brother told me once of Homer’s Iliad and Odyssey.

I imagine our Dad retelling the passage when Achilles dragged Hector’s body around the city of Troy for seven days and then saying, “Good night. Sleep well.”

Of course, there is much more to Homer’s works. For Western Civilization, Homer helped define what it means to be a hero.

But my favorite part of this remembrance is how Dad got the stories, to begin with.

Dad was 13 and one of 11 children recently orphaned. Some of the children were already grown. Others went to live with their grandmother. Dad found a home with two women who needed someone to do the man jobs around the house.

Division of labor by gender was big in the past.

One day he discovered his hostesses taking down curtains and washing windows. He asked what he could do to help and received this reply.

“This is women’s work, George. Go outside and play.”

But playmates were no longer around. He wandered off to the local library and inquired of the librarian for “some good books.”

She gave him Homer’s classics.

From Alan Jacobs: “To see the art of our ancestors can be an incredibly powerful thing; but we want also, we can’t help but want also, the human voice, to hear those who came before us speak to us.”

Jacobs points out that we hear those who speak our hearts, but we also learn from those who are different from us. People who came before us are the same in some ways. But we see what is different from us in the writings of the past.

Even the story of dad’s guardians sending him outside to play rather than inviting him into “women’s work” teaches us something of what the past was.

Learning about the past can lead us to ask how we got from there to here.

I’m finishing The Black Ships Before Troy, based on Homer’s Iliad, with two groups of sixth- through eighth-graders. I tell them that the Greeks didn’t marry the women they carried off after sacking a city. They didn’t settle into a life of domestic partnership.

And marriage wasn’t the primary life relationship for the ancients. The friendship between men was their top relational concern–as we see in the story of Achilles and Patroclus, whose ashes were mixed together after their deaths.

In class, I get to explain what the world was like before Christ–and how it changed for the better because He walked here on earth.

I explain that social groups become civilizations when they become writers. When oral traditions, stories, laws, and in the case of the Bible, divine inspiration take a written form.

In these readings we can learn what was, better understand what is, and determine what should be. We can look back for that wisdom. In fact, there is wisdom we can only find by looking back.

Jacobs: “The dead, being dead, speak only at our invitation: they will not come uninvited to our table. They are at our mercy, like the flock of shades who gather around Odysseus when he comes as a living man to the land of Hades.”

And remember what Odysseus learned from the dead Tiresias—how to navigate the perils of the seas and find his way home.

Despite the calls to eliminate the past, many devote themselves to passing it down.

My great-niece in Texas is teaching Homer’s works to her students. She is four generations removed from Dad.

One of my own students, a seventh-grader, couldn’t contain his enjoyment as we discussed Homer’s tales.

“This is a really good weird story,” he said.

Good enough to pass on to his own children someday? And then he’ll tell them to sleep well.