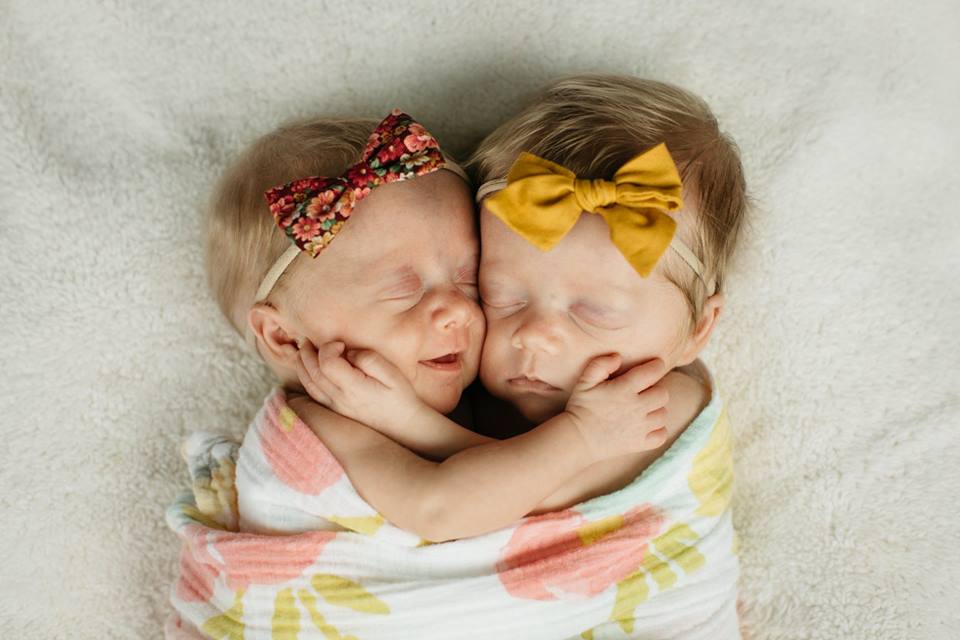 It’s been my most popular post since I began to blog.

“How Incompatible Is Incompatible with Life, Really” first appeared on April 1, 2019, and it was no April Fools joke.

The post presented the real-life situations of three families–parents whose doctors encouraged abortion, one whose “caregiver” even demanded it.

Yet, life happened instead.

Mike and Rachael Andrews became Daddy and Mommy to Olenna and Vesper Andrews despite the pleadings of medical personnel to abort Vesper. The pleas of the medical personnel were persistent and presented only bleak possibilities.

The couple decided to exercise faith, not fear, and welcomed two healthy girls who are now 21 months old. The family welcomed a younger sister almost four weeks ago.

Rachael reports that the girls “are doing great!”

Craig and Hannah Sudlow’s pregnancy story is similar–but involved only one child. A doctor demanded the Sudlows abort Evelyn, diagnosed with Trisomy 18–a genetic disorder.

The doctor went so far as to schedule Evelyn’s abortion.

The Sudlows did not comply.

Evelyn was born with fewer medical disorders than the doctors had predicted–yet still with Trisomy 18.

Nancy Flanders writes for Live Action: “Thanks to doctors who valued Evelyn’s life, she thrived. She became a big sister twice over, she met milestones her parents were told she never would, and she laughed and loved. Though no one could predict how long Evelyn would live or what her future would look like, it was clear that she was happy and that she was well-loved.

Happy and well-loved for three and a half years, Evelyn passed away in April of 2020.

Evelyn’s mother remembers her life, “not for the struggles and challenges, but for the joy and beauty.”

Evelyn Sudlow’s life brought joy and beauty to those who loved her.

A short-sighted person saw himself as an authority to decide life or death. He would have thought the world a better place without Evelyn.

Bella Santorum–like Evelyn Sudlow–has Trisomy 18. Her parents Rick and Karen also received pressure to abort. They know what it’s like to have a doctor tell you that you HAVE TO have an abortion. Like the Sudlow’s, they refused.

Her father tweeted: “Our Bella is a miracle, a blessing, a joy, but like all children at times a trial. She is the heart of our family because in her simplicity, fragility and disability she reveals the gift God plants in all his children, His pure love.”

Doctors predicted the deaths of three of these children. They did not expect Vesper Andrews to live to be born.

They did not expect Evelyn or Bella to live beyond a few days after birth.

They did not know what they presumed to know.

Saddest of all is that they could not know the love and joy that comes from loving a child, no matter her state.