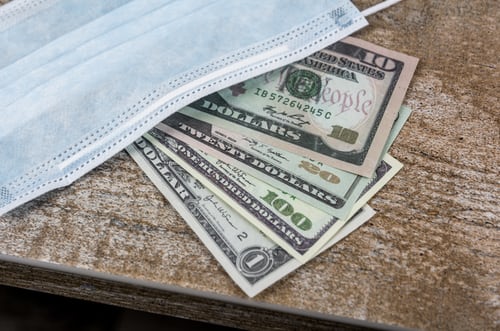 “What is morally wrong can never be advantageous, even when it enables you to make some gain that you believe to be to your advantage. The mere act of believing that some wrongful course of action constitutes an advantage is pernicious.”
― Marcus Tullius Cicero

In Victor Hugo’s Les Miserables, Fantine is a single mother who loses her job for having a child out of wedlock. That’s the pretext her supervisor uses to fire her for rejecting his advances.

Fantine falls on terrible times. Those who are caring for her child are extorting all her income, lying to her that the child is ill and her medicine is expensive.

Fantine sells her hair and teeth before succumbing to the demand for her body.

She dies destitute but not before extracting a promise from her supervisor’s boss to be a savior to her child.

Today, Fantine’s story repeats itself with more than one twist. Both men and women are selling their bodies virtually on OnlyFans, a social media site on which members pay to view pictures and videos of those they follow.

And ABC celebrated its arrival.

OnlyFans has processed $1.2 billion since it began, making founder Timothy Stokely worth $120 million.

The report shows viewers a creative way to make money during the pandemic. Sex work is a ticket to “financial freedom.”

One interviewee says the work requires self-promotion, “which is really difficult when you have a ready, saturated landscape of people who have those large, large followings they’re bringing to OnlyFans.”

It’s an ironic celebration of the free market as an OnlyFan member asserts that he got involved because he was comfortable with his sexuality, and there was “a need”–in other words, a market.

ABC is streaming the story, “‘OnlyFans: Selling Sexy’ on Hulu.”

All without allowing a word of protest or a hint that there might be regrettable effects later. The reporter and a participant admitted and disdained that a “stigma” sometimes goes along with such work.

OnlyFans and ABC’s coverage prompt the question of what can come next.

What follows is a logical result. More people buy into a lie that selling their bodies won’t damage their psyches or their souls. It will only build their bank accounts.

And more people will carry their wounds, addictions, and a perpetual online presence into future relationships and eventual physical decline.

Fantine would warn them. But would they listen?