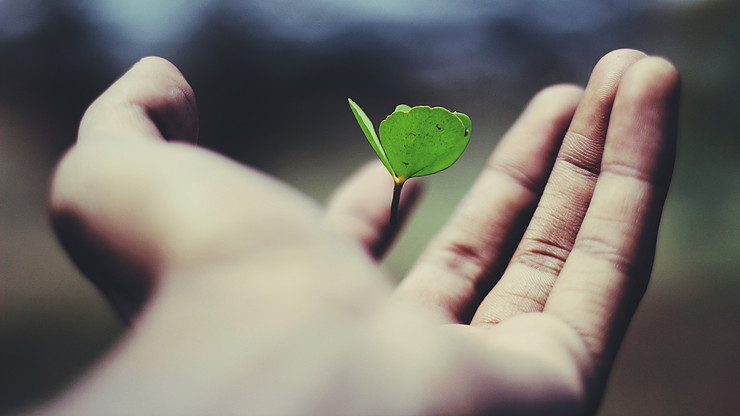 “If I am to spend my whole life being transformed by the good news of Jesus, I must learn how grand, sweeping truths–doctrine, theology, ecclesiology, Christology–rub against the texture of an average day. How I spend this ordinary day is how I will spend my Christian life.” Tish Harrison Warren

An ordinary day. Do we truly have ordinary days? Or is every day something special? Something God is working through to shape us–to show us His grand, sweeping truths?

About 30-some years ago, I had the opportunity to hear Christopher DeVinck speak. He was an English teacher from New Jersey, a husband and father, a man with pro-life convictions who had lived those convictions. He talked about the extraordinariness of the ordinary. That things we consider ordinary can actually be extraordinary. That the ordinary is more powerful than we realize.

The example he discussed was his brother Oliver whom Christopher said lived the most ordinary of lives. Because of an accident during their mother’s first pregnancy, Oliver was born with serious disabilities.

He would never speak or walk. He lived his entire life at home with his family.

Christopher remembers that their mother would lay Oliver on a sheet in the summer grass while she hung wet laundry on the clothesline. He remembers the extraordinariness of a grasshopper lingering on the sheet.

If we’re not careful, we miss the extraordinariness of simple things that we might not otherwise notice. These things either pass without our notice or stay etched in our brains throughout our lives. We go through our days not knowing what will stick. What will become something we’ll carry with us. What will pass by and become insignificant because it really isn’t important. Or what we fail to carry with us because of our inattentiveness. These ordinary life events can deepen our bonds or they can change the direction of our lives.

A few years ago, our house had fleas. They’d lived here before. And in spite of the visiting dog, we concluded that my husband brought them home from his recent camping trip. He was infested. The dog was not.

So I stripped sheets from beds, powdered the house with borax, and sprayed the dog with a mild vinegar and water wash. Three of the beds weren’t made yet. But we could take care of all that after the family gathering. There would be plenty of time when we got back with some grandkids who were staying overnight so we could pick blueberries the next day.

The plan was simple. I’d make the beds. Paul could walk the dog. Bedtime would be later than usual but not unreasonable.

Then the plan changed.

“We have a problem,” Paul said when he returned from the walk. The dog had nosed his way into a bush and got a snout full of skunk spray.

The new plan meant the dog couldn’t come into the house yet. Paul headed to the store to buy tomato juice. I still had to finish making the beds. So I recruited two grandkids–cousins, the two oldest.

“You two watch the dog, but don’t touch him,” I told them. They sat on the creaky porch swing. The only light from stars and the corner street light.

I gathered old towels, a basin of soapy water, and a bucket for the tomato juice. And by the time I finished the beds, Paul was back.

The younger cousins were upstairs in our guestroom/attic getting in some bonus video game time. Paul and the two older cousins were outside washing the dog.

I stood in between, near a window on a stairway, laughter arose from the driveway.

And I remembered another ordinary day that hadn’t gone quite right. We were at our church picnic. The dinner had been the typical cookout fare of chicken and baked beans. And afterward one of the cousins convinced Grandpa Paul to go on the ride that went forward and backward and sideways.

I chuckled at the memory as I stood on the landing between the cousins upstairs and the ones in the driveway with their grandpa and the soggy dog. I spoke to the ones with the dog.

It seemed as though nothing had gone right that day, yet all was right that could be. And washing a smelly dog at 11:00 pm was certainly extraordinary.

After the dog dried off and settled down, the lone girl cousin was down the hall between pink sheets with a book and a light. Quiet there already. Later it was quiet upstairs. After the game was off, after an argument over who was hogging the covers, after cousin whispers of adventures past and future.

When all was quiet, our house could not have been more ordinary, nor more extraordinary.

The next day we picked 22 pounds of blueberries. It took two vehicles to carry the cousins and the grandparents. We stopped for ice cream after our work. Grandpa played tag with them in the ice cream stand’s playground. Memories made. Bonds deepened. Lives changed? We may never know.

Every day is a 24-hour period no longer or shorter than any other. A most ordinary thing. But one moment can change all the other moments of life. Here’s an example.

A grownup Christopher DeVinck invited a girlfriend for dinner with his family. After their meal, he asked her if she’d like to watch him feed his brother Oliver.

“No,” was her simple response. He was disappointed but tried not to show it.

On another occasion, he asked a different girl home for dinner. At the end of the meal, he worked up the nerve to ask the same question he’d asked the previous girl: Would you like to watch me feed my brother his dinner?

“Yes,” she said. And after watching for a few minutes, she asked if she could feed Oliver herself.

This girl had cared for her ailing mother. She understood such ministry.

It was an ordinary act of conveying food from a dish to a mouth via a spoon. But it revealed everything Christopher needed to know. He asks us the key question:

“Which girl would you marry?”

Christopher has written articles published in the Wall Street Journal and Reader’s Digest. He was invited to speak at the Vatican. He’s had an extraordinary life to rival that of most writers.

But I would say that the extraordinariness in Christopher’s life came in the everydays that he taught English in New Jersey and then went home to his wife and three children.

Whether life holds fleas and skunks as cousins prepare to pick blueberries or simple dinners at home with parents and siblings, the ordinary pieces of life can become exuberantly important.

Author Nancy E. Head was a single mother with five children under the age of 14 when many in the Church came to her aid. Her story illustrates common problems in our society such as the fracturing of families and communities, reflecting a splintering Church. Alienated families and a riven Church cannot minister as effectively to their own members or others until they find accord.