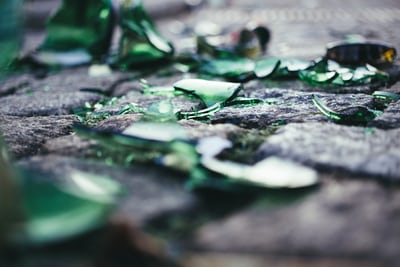 Steven Stayner was seven years old in 1972 when he was kidnapped and held for seven years before escaping with another victim.

The kidnapper had convinced Steven that his parents couldn’t afford to keep him. They didn’t want him anymore. Nobody would be looking for him, the man told the child.

Steven’s kidnapper sexually abused him over the years he held him captive–until Steven entered puberty and became too old to be attractive to the abuser who then sought out and snatched a new child, Timothy White, to fulfill his lusts.

Finally, after years of abuse and the arrival of his presumed replacement, Steven took off with Timothy to save him from the horrors Steven had endured.

The two boys could then be physically safe, but left to deal with the trauma they’d suffered.

How many Stevens and Timothys are out there now?

The National Center for Victims of Crime reports that 20 percent of girls (one out of five) and five percent of boys (one out of 20) are sexually abused in the US. And, like Steven and Timothy, children are most vulnerable between the ages of seven and 14.

So when we consider what happened to those two boys, that there are others suffering today as they did then, and that Steven essentially “aged out” of the abuse he suffered when puberty began, we should pause before we as a country decide to allow medical personnel to prescribe puberty-blocking drugs to children who are confused about their gender. We should more than pause. We should stop fast.

A decision that may be temporary at a younger age produces irreversible effects.

Many children endure Steven’s situation today. Abusers and exploiters can groom, indoctrinate, and intimidate these children into delaying or preventing their own growth and development. We cannot discern between children whose confusion begins within themselves and those whose abusers foist confusion upon them.

Steven’s kidnapper may not have stolen another child if he could have gotten the drugs for Steven that would have kept him physically in childhood–perhaps forever.

This is the same Planned Parenthood that has been accused of not reporting child sex abuse and statutory rape–of ignoring the truth about abuse and exploitation–with a great deal of regularity.

Planned Parenthood meets people every day who suffer brokenness. But the huge corporate entity that PP has become is content to sweep the pieces of brokenness under a carpet of pretense. They pretend they are helping. But they enable abuse and exploitation. They help horror continue.

Steven Stayner was a broken young man when he escaped the clutches of his abuser. But before dying in an accident as a young adult, he married and had two children.

Steven Stayner tried to put broken pieces back together.

The Steven Stayners of today will lose a large chunk of their lives–and stay physically broken forever if we don’t stop fast about puberty-blocking hormones for children.

“Speak up for those who cannot speak for themselves; ensure justice for those being crushed.” Proverbs 31:8, NLT