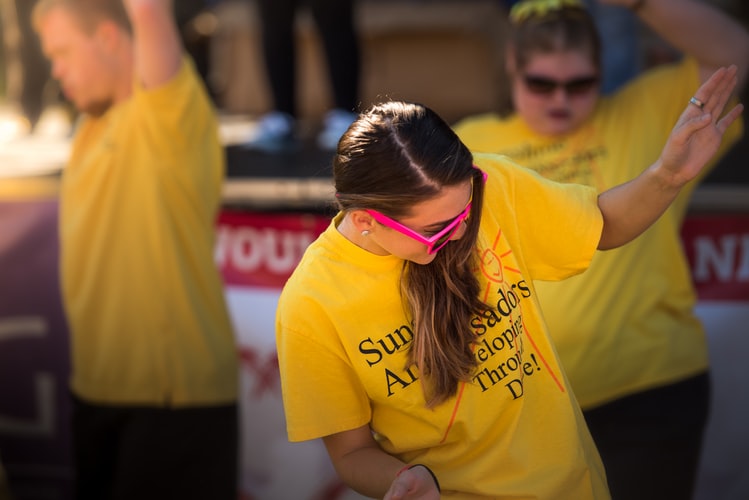 “Worthy are You, O Lord; worthy are You, O God, to receive glory and honor and power. You alone created all things, and through Your will and by Your design, they exist and were created,” Revelation 4:11, The Voice.

Through God’s will and by His design, we exist. All of us. In all conditions. With seemingly much to offer. And with seemingly nothing.

God wills. He designs. He creates. And He loves what He creates–especially the ones He made in His own image–human beings.

“Then God surveyed everything He had made, savoring its beauty and appreciating its goodness,” Genesis 1:31, IBID.

Justin Hawkins retells the story of a mother who denied her child a safe, uncomplicated surgery that would save his life.

She could not see the beauty within nor savor the goodness of a child she considered imperfect. One with an extra chromosome. One with Down syndrome.

It took eleven days for the child to die. He starved to death for lack of a procedure any “normal” child would have received without question.

You might be surprised to learn that the account Hawkins gives is from 1963–ten years before Roe v. Wade legalized the killing of such children in the womb.

This child’s killing wasn’t in the womb. His death happened in a small room in a sanitized hospital. In America.

Legal justice came to no one for the crime. No justice on this side of eternity.

The 1973 accounting that Hawkins quotes, written by James Gustafson, quotes a doctor who explains that, even in 1963, “a different standard” applied to the disabled.

“That is, there is a different standard. . . . There is this tendency to value life on the basis of intelligence. . . . [It’s] a part of the American ethic.”

A great irony is that many medical personnel, who excel through their intelligence, seem unable to empathize with those who will lack academic abilities in life.

On the other hand, as Hawkins explains, “researchers found that when placed into an experiment in which a researcher feigned pain to study the responses of children, children with Down Syndrome were more likely than other children to attend and attempt to comfort the researcher than did typically-developing children.”

It seems these children have something to offer after all. Kindness and compassion, so often missing today. In rejecting them, we have missed what they can show us and give us.

But Hawkins has seen what so many of us haven’t. He peppers his article with anecdotes from the life of his sister Jenna who has Down syndrome. Jenna came to be after the capability to diagnose disorders such as hers before birth.

He notes, ” [I]t would likely come as little surprise to any family that has decided to carry a child with Down Syndrome to term that the BBC reported in October 2020 that women were offered abortions up to fifteen times over the course of their pregnancies, even after repeatedly signaling that they did not want the procedure (my own mother [Hawkins and Jenna’s mother] recalls being asked five times over the course of fifteen minutes).”

Entrenched in the minds of medical overseers is the conviction that the death of the imperfect is necessary for the lives of the rest of us to contain beauty and goodness.

Through that way of thinking, we have lost so much goodness and beauty.

America is now 48 years since Roe and Doe, the SCOTUS decisions that decreed such deaths legal.

If we gave a moment of silence to every child (62.5 million) who has died in the womb since those decisions, we would stand silent for nearly twelve years.

How much longer would we have to stand for the many innocents who have died outside the womb for the crime of imperfection?

God wills. He designs. He creates children. All of us imperfect in some way.

He stamps His image on each of us.

He stamps His image on all of us.