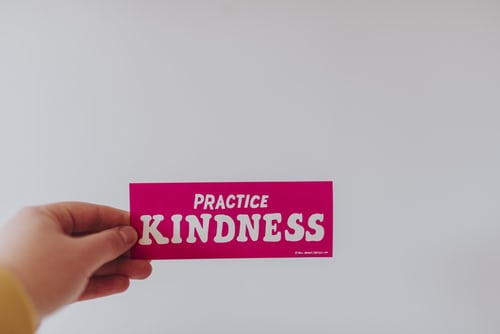 “What do you need?” my husband Paul asked the director of a local food pantry during the holidays one year. The two had just met ‘by chance’.

Then he outlined a story about a great need the pantry staff had faced the week before. For years, a local company had donated $2,000 worth of turkeys every Christmas. But the company was now gone, replaced by a larger corporate entity.

Someone had made a donation that would have put a tiny dent in this need. But the holidays were coming fast.

Paul and I were at the post office waiting to mail packages that were not quite ready to go. A stranger waiting with us helped me wrap. Paul held our places in line. She folded. I taped. The process was fun and not frustrating as it might have been.

Sometimes, little miracles happen right in our own neighborhoods—right in the heart of our homes—the dining room.

When I moved into my house in 1977, I salvaged an old table my father was discarding. Our family grew from four to seven around that table.

Then we shrank. When the children’s father departed, we were six.

A few years later, I got a “new” dining room table—also recycled. This table was better. It expanded as our family was expanding. I had remarried. Some of the children had grown and married and had children of their own.

So the table could be small for everyday dinners, and it could be large for family celebrations.

Plus, it was reliable–for a time. Then one of its legs turned mutinous too.

This time, Paul played carpenter, and unless you peeked underneath, you didn’t know the difference.

Paul heaved and I pushed. But even in its smallest state, the table was too wide for our front door. It would have to come in through the back door. To accomplish that, we would have to hoist the table over the back deck rail. And that seemed impossible unless we could find someone else to help.

The best candidate seemed to be the young man who had just moved in next door. He was strong and he was home.

As only Providence would have it, we learned that he is a mover by trade. God had placed the perfect workman right next to us.

Wonderful little miracles to give hope to those in need, to a weary traveler, to a busy shopper, to a neighbor with no table.

I’m thankful for all the elbows to occupy our table this holiday season. I’m thankful that we expect another set of elbows next spring.

We can be imago Dei and give the miracle of us to others.

Give thanks to the God of heaven, For His lovingkindness is everlasting. Psalm 136: 26