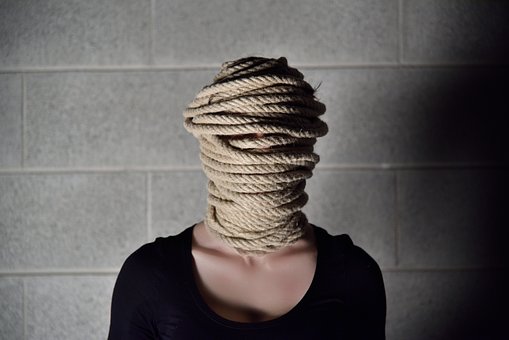 She was 24 years old carrying a baby of 22 weeks gestation. She was looking forward to having her baby. But she sat before a court that would decide what would happen to both of them.

The judge understood that the woman was happy to know a baby was growing inside her. That the baby would need care. That she, the woman, would need help caring for the child.

The woman’s mother testified that it would be bad for the woman to lose this child.

The woman’s social worker agreed with the testifying mother.

The judge said that “if [the woman] was making the choice, . . . she would not want a termination. . . . she probably will suffer some trauma or upset from the termination,” and “that I do not underestimate the harm from this course [abortion].”

The judge said the mother’s “best interests lies in her having the termination.”

How did this woman end up before a judge who dared to decide death for a baby and harm for a mother whose supposed best interests dictated that she be childless through trauma?

The woman’s diagnosis of “moderate learning disability and challenging behavior” seems inadequate to answer the question.

But apparently the United Kingdom has a “Court of Protection” that makes such decrees.

I look forward to teaching George Orwell’s Nineteen Eighty-Four later this school year. Orwell set his story in England, the UK, where the Court of Protection presides today.

Now the UK’s Court of Protection deems a little child must die so as not to become an inconvenience–to whom?

Has England truly fallen so far? Not quite yet.

As Matt Britton of Day 41 writes, “When ‘Pro-Choice’ Becomes ‘No-Choice.'”

“Praise be to God, the Author of Life, that the Court of Appeals quickly overruled this abomination and this young lady is well on her way to having the happy, healthy baby she wants.”

So one baby, one mother, one grandmother, and one social worker have escaped the horror of forced abortion.

But the UK sits on a slope that becomes more slippery.

Power slips from people into the hands of those who believe they know best what is best for all.

Not even George Orwell could have dreamed up such a world.