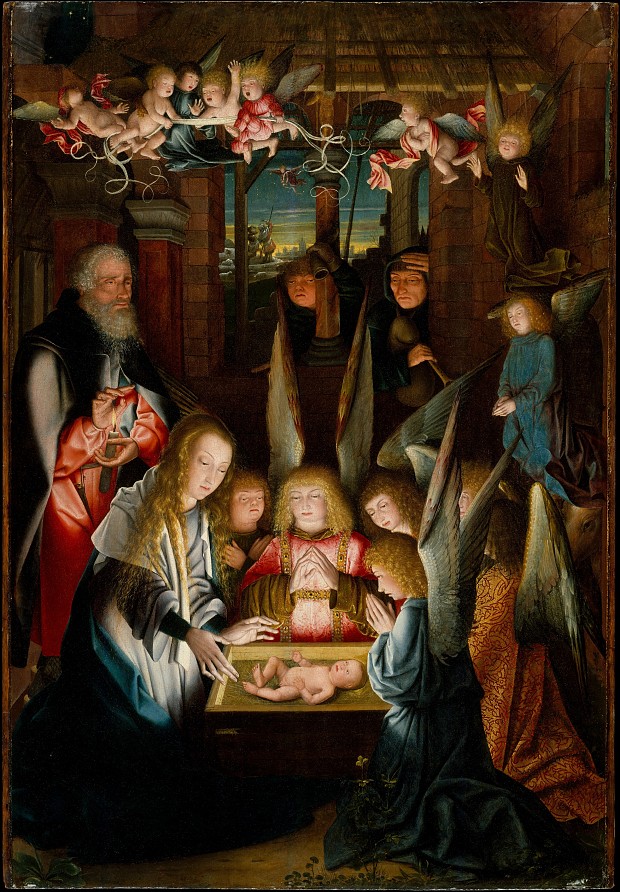 “Thus says the Lord,
‘A voice is heard in Ramah,
Lamentation and bitter weeping.
Rachel is weeping for her children;
She refuses to be comforted for her children,
Because they are no more.’” Jer 31:15.
So were the times of Jeremiah and the times into which Jesus Christ was born.
And there were other prophecies. That He would be born in Bethlehem but called a Nazarene. Seemingly contradictory predictions that point to one baby, one child, one man.
That man would be a king. Israel had awaited the Messiah. The people imagined a conquering Messiah. One who would save them from the Romans.
“For to us a child is born,
to us a son is given,
and the government will be on his shoulders.
And he will be called
Wonderful Counselor, Mighty God,
Everlasting Father, Prince of Peace,” Isaiah 9:6.
It wasn’t that their imaginations were bent to the fantastical. The human imagination seeks relief from oppression. It focuses on the way out. It ignores other signposts. Other prophecies.
That He would be betrayed for thirty pieces of silver, Zechariah 11. That His clothes would comprise the booty of gamblers and His bones would be out of joint. Psalm 22.
That He would save His people from their sins. To save us from our sins. Daniel 9:24.
They did not expect a humble king in a humble home.
What would the kingdom of such a king be like? It would look very much not like Ancient Rome.
Throughout ancient times, every society, except the Jews, practiced abortion, infanticide, pedophilia, and adultery. There was no pang of conscience. No public discussion, no disagreement, no mode of protest. It was indeed the way of the world.
Except for the Jews. The humble king came into this culture, the world’s only culture that recognized the value, the worth of a person.
The humble king came to a people in bondage. He came into a kingdom that killed babies trying to eliminate him–a new king to threaten the old one. He was born in an empire that saw no value in the lives of innocents. A kingdom of darkness.
“The Light never comes how you expect it. It comes as the unlikely and unexpected” (Ann Voskamp 139).
He was born of an unmarried woman. A woman whose neighbors assumed her to be impure. Not the virgin she really was.
He came to teach us. He came, not grasping His kingdom as one who would kill babies would. To walk with us. He came to give Himself to us and for us. He came to invite us to His kingdom.
He is a humble king whose followers choose Him.  We who choose to recognize Him.
The truth, light, life, living water, word, way, bread, shepherd, counselor, king.
The humble king who came as a babe, dwelled with us, walked with us, spoke truth to us, and died for us. He is come.
And He is coming again.